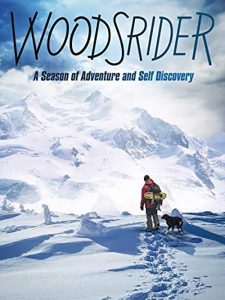 Within this world of billions there exists a story within each soul just waiting to be told with some amongst us, bearing multitudes. There are those who’ll argue how, no, many if not most of these aren’t worthy of a retelling. Yet, it’s within the recounting and unfolding which determines whether a story was worthy of being shared in the first place and not necessarily the subject matter itself. I can go out on errands returning home with bagfolds, thinking nothing much of my little journey, but told right, one can turn such a mundane ordinary routine into something worthwhile. I’d be surprised if there weren’t a major motion picture in existence, based upon an hour’s worth of otherwise seemingly uninteresting occurrences.

…’and so, it’s with the above in mind that I’ll try and convey my reaction to this film. The filmmaker’s slice of life style, of sharing with us the main character’s world, immensely falls short of being anything remotely interesting. Surely we all, as individuals, attribute a great deal of importance to our respective lives but as I’ve mentioned…without  the proper telling it’s not worth being told…at least not cinematically speaking.

With little to no dialogue of any kind and scant direction for the audience, one watches this film and wonders in the end, what the point might’ve been. The only redeeming portions of this work would be the scenes featuring Winter’s wonderful charm but, even then, the camera’s focus lingers on for a tad too long. Although, it’s those very scenes which are the more salvageable in my opinion. With a little bit of creative thinking, narrative and context something really wonderful could’ve been made of this all. Unfortunately, it feels as if little thinking (if at all, any) went into the production of this film.