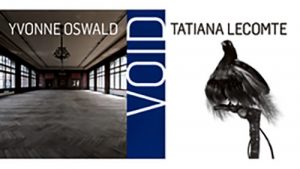 Curated by the Jewish Museum Vienna, VOID unites two photographers, Yvonne Oswald and Tatiana Lecomte, to draw attention to forgotten and repressed aspects of Jewish history in Austria. On view from March 12 to June 16, the exhibition juxtaposes Yvonne Oswald’s photographs of deserted rooms of a former grand hotel in the Austrian Alps with Tatiana Lecomte’s pictures of mounted birds from the collections of the Natural History Museum in Vienna. By bringing together these different artistic positions, curators Danielle Spera and Astrid Peterle prompt a discourse about commemoration, its representability and communication—aspects of the work of remembrance with which the Jewish Museum Vienna is confronted on a daily basis. The Austrian Cultural Forum New York is an ideal place to conduct this discourse in a global context—not least because of its roots in the “Austrian Institute” which was decisively influenced by Austrian Jewish émigrés.