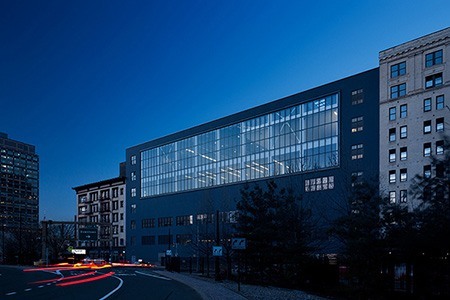 New York, NY (January 14, 2015) – The Tribeca Film Festival, presented by AT&T, announced today that it will launch a downtown creative hub during its 14th edition, April 15–April 26, 2015, which will provide a destination for festivalgoers to gather, collaborate and share stories in New York City. A residency at Spring Studios—a 150,000 square foot state-of-the-art creative, production & event center located at 50 Varick Street—will bring filmmakers, artists, audiences, partners and VIPs together in one place. Collective spaces for filmmakers, industry, press, will supplement venues for the majority of the Festival’s special events including Tribeca Talks, innovation events, Awards Night, and parties. The Festival has created a new Resident Pass that will provide access to the creative hub for the duration of the Festival and a Resident Day Pass that will provide day-to-day access. Both passes go on sale January 20th.

“Since the beginning, we envisioned a space where the Festival community could interact and explore ideas, and where we could celebrate storytellers, artists and their work,” said Jane Rosenthal, co-founder, TFF. “Our residency at Spring will provide the perfect environment for filmmakers, industry, press and Festival-goers.”

TFF also announced its return to Regal Cinemas Battery Park Stadium 11, which will present press, industry and public screenings on all 11 screens. These new venues anchor the Festival downtown, where they are joined by longtime Festival venues including BMCC’s Tribeca Performing Arts Center—home to many of the Festival’s gala red carpet premieres, Tribeca Cinemas, and Brookfield Place, which hosts the annual Tribeca Drive-In® movies on the Hudson River. Additional venues include SVA Theater and Bow Tie Cinemas’ renovated Chelsea Cinemas.

“Spring is excited to collaborate with the Tribeca Film Festival.  Within our mission to be the home of groundbreaking creative ideas in New York and the vibrant TriBeCa neighborhood in particular, TFF is a natural partner in our efforts to connect thought-leaders, artists and the community in delivering leading-edge innovations, ideas and experiences,” said Mark Loy, CEO and Founder of Spring Studios.  “We are honored to be the new hub for TFF and look forward to a future filled with groundbreaking cultural experiences that this partnership inspires.”

Passes and tickets for the 2015 Festival:

The new Resident Passes will go on sale January 20, 2015 for American Express Card Members and January 27th for general public. The passes will provide access to events at the Creative Hub at Spring, which include Tribeca Talks and TFI Interactive, as well as a resource center, and creative workspace, with food and drinks. Passes will also provide reduced ticket prices for select special events. Resident Passes are $400, discounted to $300 if purchased before April 15, 2015, and allow pass holders to invite a guest each day of the Festival. Individual Resident Day Passes are $50, discounted to $40 if purchased before April 15, 2015.

Tickets for the Festival will be $18.00 for evening and weekend screenings, and $10.00 for weekday matinee screenings.

Single ticket sales begin Tuesday, March 31 for American Express Card Members, Sunday, April 5 for downtown residents, and Monday, April 6 for the general public. Single tickets can be purchased online, by telephone, or at one of the Ticket Outlets, with locations at Regal Cinemas Battery Park at 102 North End Avenue, Bow Tie Cinemas Chelsea at 260 W. 23rd Street, and the Tribeca Film Festival Creative Hub at Spring Studios at 50 Varick Street. The 2015 Festival will offer ticket discounts on general screenings and Tribeca Talks: After the Movie and Directors Series panels for students, seniors and select downtown Manhattan residents. Discounted tickets are available at Ticket Outlet locations only. Additional information and further details on the Festival can be found at www.tribecafilm.com.