The Wonder of The Big Apple Circus’ ‘The Grand Tour’ !

Please also find below a quick gallery of photos snapped during the performance. 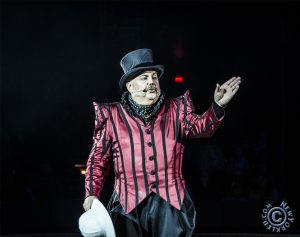 In the past ten years I’ve seen five Cirque du Soleil shows and this past Halloween I had the utmost pleasure of witnessing something that rivals any one of those Cirque performances. That something would be the Big Apple Circus. An intimate spellbinding experience. Not merely for the little ones but for us big kids as well. With the exception of the intermission this troupe puts on a non-stop show with one dazzling performance after another.

“”The Grand Tour transports audiences to the Roaring 1920s, the advent of the modern travel era, when the most adventuresome began to tour the world in ships, planes, trains, and automobiles.””

Its roster of performers from around the globe are sure to put a smile on any mug. Alexander Koblikov from the Ukraine puts on quite the show as the ‘drunken sailor’ juggling balls like no other. The Energy Trio from China puts on a mesmerizing balancing act as Chiara Anastasini shows us the wonder of working with not one, not a few but a great many Hula Hoops. Then of course there are the acrobatics of Zuma Zuma from Africa and the aerial stunts of Sergey Akimov, the Dosov Troupe as well as the Dominguez brothers. I’d be remiss if I didn’t mention the numerous other wonderful performers such as Joel Jeske, Brent McBeth, Jenny Vidbel and Emily McGuire. Every single one a delight to behold!

I honestly can’t remember the last time I enjoyed a show as thoroughly as I have this one. It’s without reservation that I recommend the Big Apple Circus to one and all. Run don’t walk towards your ticket purchase(s)! Learn more about the show and how to get tickets by visiting the official site.