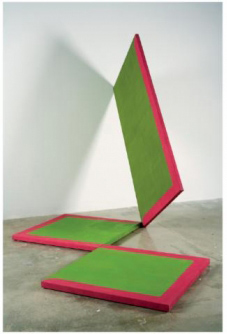 New York, NY – This spring, The Jewish Museum will present a major exhibition of sculpture from the 1960s featuring the work of artists from Latin America, Asia, Africa, the Middle East, and Eastern Europe, much of which has rarely been seen in the United States. Other Primary Structures revisits the premise of and builds upon the Museum’s seminal 1966 exhibition Primary Structures: Younger American and British Sculptors, the first American museum exhibition to survey the style now known as Minimalism. Primary Structures introduced the public to such artists as Carl Andre, Dan Flavin, Donald Judd, Sol LeWitt, Walter De Maria, Robert Morris, and others—figures unknown at the time but soon to become synonymous with a radically new approach to sculpture. Nearly 50 years later, Other Primary Structures, on view from March 14 – August 3, 2014, will revisit this formative moment in art history while also reexamining the period from today’s far more global perspective.

The pivotal 1966 exhibition Primary Structures was organized by Kynaston McShine, then Curator of Painting and Sculpture at The Jewish Museum, who would later become Curator of Exhibitions of The Museum of Modern Art, New York. Critically acclaimed for its breakthrough approach to this new geometric and formally reductive artistic practice, the ’66 show also assumed a prominent place in the history of exhibition making by ushering in a new style of presenting ideas and objects in relation to space. Primary Structures focused exclusively on artists based in the United States and Britain.

Half a century later, Jens Hoffman’s exhibition Other Primary Structures responds to its predecessor by examining the full global reach of this groundbreaking movement via artists who were actively working in similar modes around the world in the 1960s, but who until now have not received significant attention in the United States. 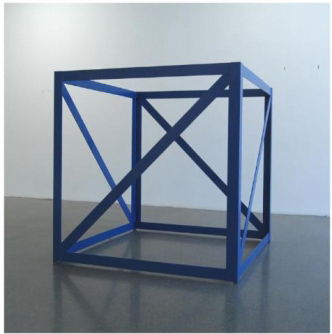 The first exhibition at The Jewish Museum organized by Jens Hoffmann, Deputy Director, Exhibitions and Programs, Other Primary Structures also examines the legacy of Primary Structures as a landmark of exhibition history. The new show will include oversize archival installation images, a large scale model of the original exhibition, and an extensive timeline, all recalling the 1966 event.

Jens Hoffmann has long been interested in the history of exhibitions. He joined The Jewish Museum in a newly created position as Deputy Director, Exhibitions and Programs in November 2012.  Formerly Director of the California College of the Arts (CCA) Wattis Institute for Contemporary Art in San Francisco from 2007 to 2012 and Director of Exhibitions/Chief Curator at the Institute of Contemporary Art in London from 2003 to 2007, Hoffmann has organized more than 50 shows internationally including major biennials most recently the 12th Istanbul Biennial (2011) and the 9thShanghai Biennial (2012/13).  In February 2014, Hoffmann’s book Show Time, the first to explore the recent history of exhibition making and shifts that have taken place in the practice of curating contemporary art over the last 25 years, will be published by Thames and Hudson, London and Distributed Art Publishers, New York.

About The Jewish Museum
Widely admired for its exhibitions and collections that inspire people of all backgrounds, The Jewish Museum is one of the world’s preeminent institutions devoted to exploring art and Jewish culture from ancient to contemporary. Located at Fifth Avenue and 92nd Street, The Jewish Museum organizes a diverse schedule of internationally acclaimed and award-winning temporary exhibitions as well as dynamic and engaging programs for families, adults, and school groups. The Museum was established in 1904, when Judge Mayer Sulzberger donated 26 ceremonial art objects to The Jewish Theological Seminary of America as the core of a museum collection. Today, the Museum maintains a collection of 25,000 objects – paintings, sculpture, works on paper, photographs, video, archaeological artifacts, ritual objects, and broadcast media.

The Jewish Museum is located at 1109 Fifth Avenue at 92nd Street, New York City. Museum hours are Saturday, Sunday, Monday, and Tuesday, 11am to 5:45pm; Thursday, 11am to 8pm; and Friday, 11am to 4pm.  Museum admission is $15.00 for adults, $12.00 for senior citizens, $7.50 for students, free for visitors 18 and under and Jewish Museum members.  Admission is Pay What You Wish on Thursdays from 5pm to 8pm and free on Saturdays.  For information on The Jewish Museum, the public may call 212.423.3200 or visit the website at TheJewishMuseum.org.