The Intersection Of Dreams By Pioneering Video Artist Terry Flaxton On View At The Cathedral Of St. John The Divine 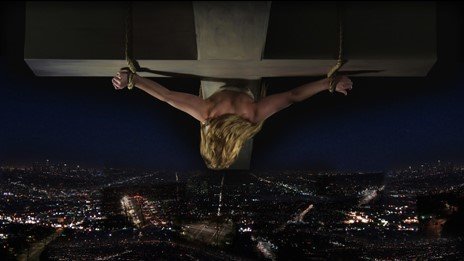 The Intersection Of Dreams By Pioneering Video Artist Terry Flaxton

Now On View At

The Cathedral Of St. John The Divine

The Cathedral of St. John the Divine
1047 Amsterdam Avenue at 112th Street

The Intersection of Dreams offers viewers a Christ who is everyman and everywoman: the central image shifts continually to portray one of four figures, of various races, genders and appearances. In the triptych’s similarly shifting side panels, the faces of diverse, contemporary youth steadily return the viewer’s gaze. Flaxton’s work is a complex response to suffering and civil unrest, speaking to the longing for racial, cultural and gender harmony in a world riven by cultural divisions.

In 2010, the Cathedral exhibited Terry Flaxton’s In Other People’s Skins, an immersive experience inspired by Leonardo da Vinci’s fresco, The Last Supper.

The exhibit is open to the public and available to view during the Cathedral’s hours of operation, 7:30 a.m. to 6 p.m.