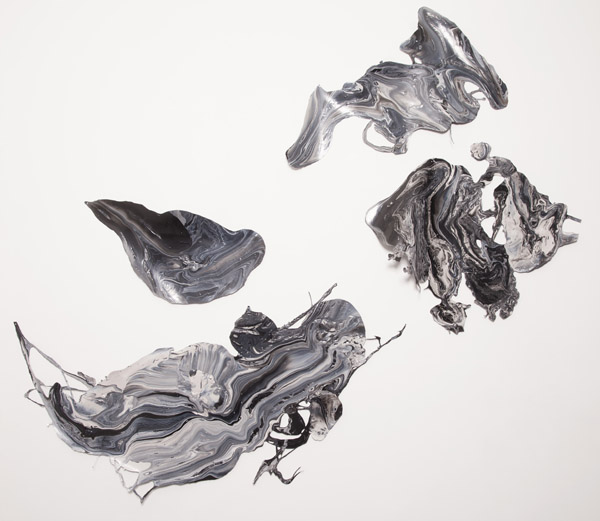 April 15, 2014 (Harlem, NYC) – The Black & White Show opens on May 6 at Aloft Hotel in Harlem featuring mixed media, paintings, pen & ink, and photography – all in BLACK & WHITE only.  The artists work in code and nuances, parities and disparities using textures, lines, contrast and movement to explore ideas and theories.

Marcus Hunter presents a series of intricate and obscure pen and ink drawings. His work engages critical theories of race, gender and sexuality through the frenzy of dichotomy playing off themes of race, religion and mania to explore notions of identity and social disturbance.  Yaron Dotan also works in pen and ink but on a much larger scale. He uses a language of optical illusions as a vehicle to express moments of uncertainty and lack of clarity in relationships. We count on the eye for accurate reporting, but like the complexity of human bonds, vision too can be a source of mystification.  Yaron is firstly a portrait artist but constantly experiments with subject matter and style.  He strives to capture the nuances and surprises hidden beneath carefully manicured surfaces.  The viewer is left to determine the narrative in Yaron’s drawings as in “She Is Here” where one might wonder if she has arrived at her destiny or if she remains in a state of searching for self.

LeRone Wilson’s work displays a medley of textures that stimulate the senses.  He melts beeswax with resin, carnauba and pigment then applies this to a canvas with different size palette knives creating a highly texturized image that is both precise and organic.  It is this texture that invokes a heightened emotion or sensation in the observer.  Each groove or undulation is not just a thing of beauty to be admired from a distance, but something we feel connected to through the expression of touch.

In their collaborative project, Decoded, Sorin Abraham and Michael Ricardo Andreev explore through photography and symbols, the notion of art as mediated through ‘languages’ in which meaning is conveyed by indirect reference and symbolic representation.  These two artists developed an elaborate ‘language’ of symbols that reference specific, and often abstract, ideas as a means of framing their concept in a manner that is reminiscent of Asian pictographic languages.  The symbols, designed by Michael, are overlaid on Sorin’s photographs, which are influenced by European classic master painters and their use of subtle symbolism in visual storytelling.

The other artists in Black & White use various forms of texture and mixed media to present images and abstract ideas.  Andre Woolery uses pushpins to reveal the current matrix of society reflecting mainly on the digital convergence on the modern world and black culture.  In this exhibit Andre has taken a departure from shading with pushpins in vibrant colors and uses space instead to accomplish a representation of Grace Jones.  Walter Lobyn Hamilton smashes, cuts and manipulates vinyl records in his depiction of Jimi Hendrix, while Tomo Mori creates an entirely black, abstract piece in mosaic titled, Black Dream.  Stan Squirewell fuses African culture, symbols, and traditions with contemporary technology blending photography, paint and sculptural elements revealing a clear path from ancestral influences to the present-day.   Kennedy Yanko who will be painting live at the opening reception will create “black & white skin” on May 6th. Kennedy physically immerses herself in the paint using her body to give life to her paints. Her raw energy and strong physique allow her to caress the paint and manipulate the medium through a mesmerizing, ritualistic dance.  To witness the process is an experience that is personal, raw and unabashedly thrilling.  Each of these artists through what appears to be simple abstractions and elemental mediums manage to intrigue and arouse the onlooker.

About Art In FLUX:

Art In FLUX creates opportunity for artists living and/or working in Harlem, brings art into public spaces, creates a positive use for underutilized spaces and stimulates a vibrant neighborhood by merging art, commerce and community.  Art In FLUX Harlem was launched in 2012 and since then has popped up in empty retail spaces, on the streets, in restaurants, schools and lobbies bringing art closer to the community as well as attracting media attention and art collectors to the diverse group of artists in Harlem.  www.artinfluxharlem.com 646-340-3479