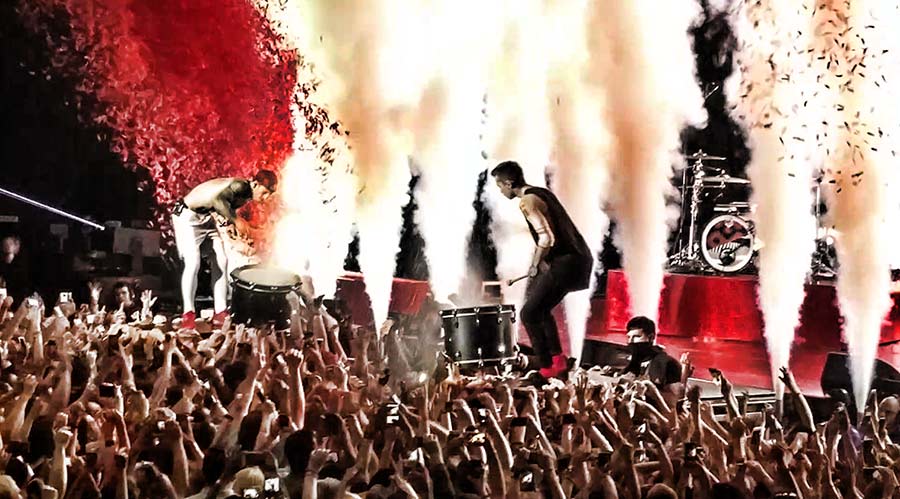 It was in the middle of 2014 that we caught sight of Twenty One Pilots for the very first time. Their Pinkpop festival concert was showing on VH1’s Palladia and it was only by chance that we’d stumbled upon that particular showing. As far as I was aware they got no radio airplay at the time, least not to the extent of my reach on the XM Radio dial.

What can I say except that I was touched in a way that was indescribable at the time. I felt an immediate connection that seemed real but somewhat undefined. In those early moments and the days that followed I couldn’t put my finger on it; at least not until I searched out their previously posted performances on Youtube. I was quickly hooked.

Didn’t take long for me to search them out on Ticketmaster and sure enough there were tickets available for their upcoming show at Terminal 5 on September 24, 2014. I purchased three tickets. Unfortunately we weren’t the sort to be into standing-room-only venues and as the day approached we became more and more uncertain. Sure enough on the day prior to the performance I came across a video featuring crowd-surfing kids at one of their concerts. As can be imagined, that was enough to keep us from attending the show.

In the year that followed, I’d find myself playing and replaying their songs and performances repeatedly and sometimes to tears. I would easily empathize with the endless declarations of their fandom. Testimonials about how TOP helped them through their depression. A realization I myself had already tapped into soon after my first discovery of Tyler Joseph and Josh Dunne.

Mind you, if you do a search today for “Twenty One Pilots Saved My Life” you’ll find the results to be many. Existing online as well are the numerous interpretations of their songs; many of which reference the religious undertones to be found within. A notion and theme which I initially recognized but couldn’t know for certain how close to the mark I might be until, once again, I saw the same repeated mentions all over the web. Things which solidified my kinship with the group and brought me to cherishing their songs all the more. In interviews the pair would stop short of declaring themselves a Christian band by simply referencing their faith. Not that I ever needed them to be that sort of band; far from it. It would be the creative metaphorical references in their song lyrics hinting at God, despair and hope that would hook me in.

In Autumn of 2015 seats to their upcoming ‘Emotional Roadshow’ tour would become available and I would find myself purchasing tickets to their upcoming performances the following Summer at Mohegan Sun, CT as well at Madison Square Garden, NYC. I’ve their fans to thank for the innumerable online posted videos of Tyler and Josh in concert. It was a preparation for what was to come and one which surely didn’t disappoint. The concerts were everything I imagined them to be and as close to a celebration of life and a religious experience as one could fathom. Interestingly I didn’t tear up as I’d expected whilst joining the many thousands singing as one to “Goner” and “Trees”; but I could spot tears streaming down the faces of some of those nearby.

I’m so very thankful for TOP’s existence; for it’s been in my darkest moments over the past two years that I’ve reached out to their songs and found great solace; perhaps not merely for what their songs mean to me but as well for the realization that there is a vast mass of souls out there who feel as I do.

BTW, have a look at our Youtube playlist featuring a few songs from the Connecticut concert we attended in 2016. 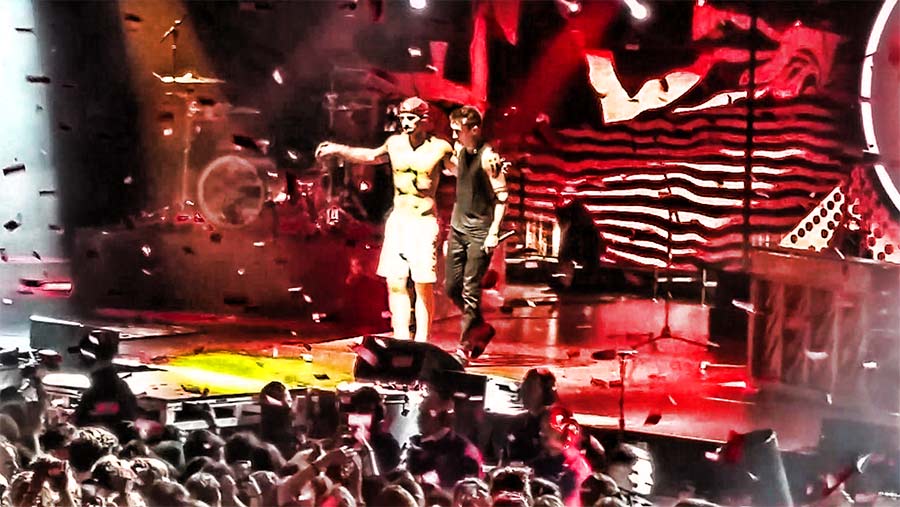