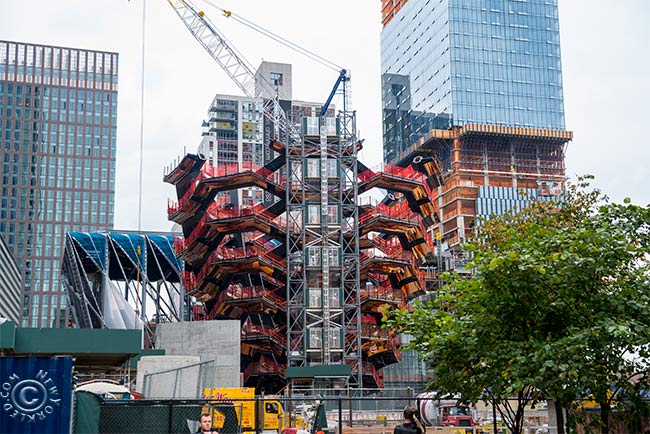 As mentioned earlier this year of 2017 Vessel was just barely visible from afar. It was around that time that we’d captured long distance photos from the Highline. Now, months later, it’s evident that the $150 structure is well on its way to completion. Despite some reports having stated that it’s only half way there, you’d never know it by looking at the structure.

Instead of trying to photograph it from afar we were able to catch a clearer and closer view from a distance of maybe a city-block or two?; below are a few images taken today. 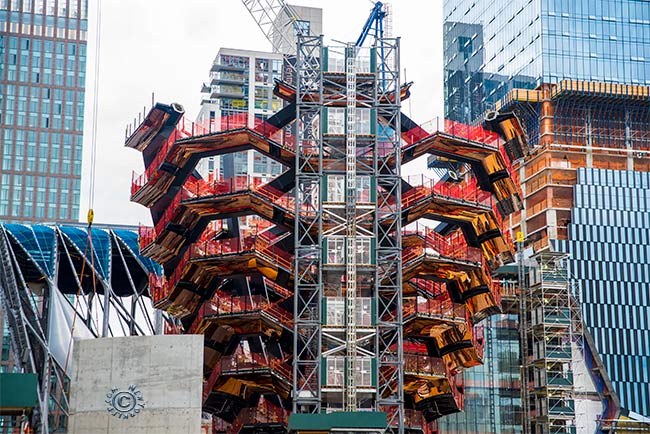