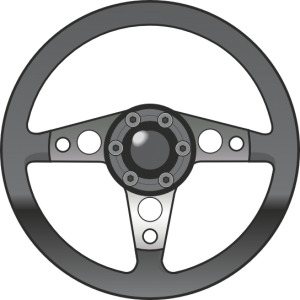 NEW YORK, NY-September 13, 2013 – Each year, over 100,000 drivers in the United States were involved in critical and fatal car accidents caused by texting while driving.  This fall, BaruchCollege and AT&T – mindful that texting while driving is an especially urgent problem for young people – are joining forces urging students to avoid becoming another statistic by reminding them, “It Can Wait.”

Baruch College’s Alpha Phi Omega National Service Fraternity and AT&T are encouraging students to take the pledge to “Never Text and Drive.” The College will be conducting demonstrations on campus at 12 p.m. on Monday, September 16 on the second floor of the NewmanVerticalCampusBuilding.

As part of the national “It Can Wait” campaign, BaruchCollege is collaborating with AT&T to raise awareness about the danger of texting while driving. On September 16, Baruch students will have the opportunity to drive in a state-of-the-art virtual reality simulator and try to avoid accidents as they attempt to respond to text messages on an accompanying smart phone.

“We want students, and those whose cars they ride in, to be safe,” said Viktor Bunin, a member of Alpha Phi Omega. “No text is worth dying for. We aim to increase student’s awareness of the dangers of texting and driving and hope to launch this event as part of a national effort to prevent accidents.”