At the Metropolitan Museum of Art

Exhbition page at the MET 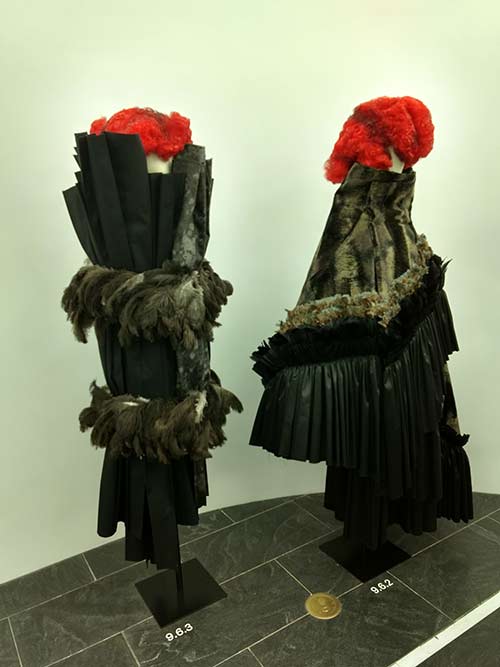 If you’re looking for something extra to do over the upcoming Labor Day weekend then this exhibit is something I’d highly recommend. Remember, the entry fee for the Metropolitan Museum of Art is ‘pay what you can’, despite the suggested amounts you’ll see overhead while you’re online to pay.

I’m neither a connoisseur of fashion nor art, so I won’t even pretend to understand the core fundamentals of such cultures; not that it’d be a necessity to appreciate what’s offered up at this latest exhibition which is soon coming to an end. Yet art, like beauty, is in the eye of the beholder and what I’ve witnessed goes beyond art and beyond beauty. Some of it is so bizarrely surreal, and yet still beautiful. 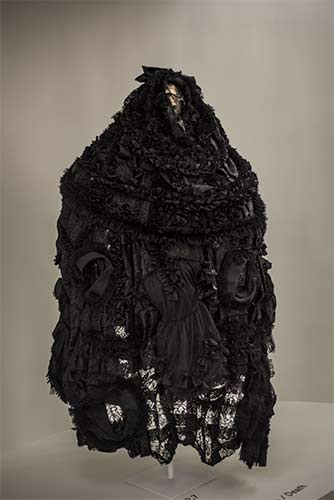 Please try to entertain the method to my madness here, but imagine that Billy Idol went back in time and consummated his marriage with Marie Antoinette, the child of which then returned to the present and married the world’s greatest punk rock star and in turn gave birth. Therein would be the embodiment of what Rei Kawakubo has offered up through her ‘Comme des Garçons: Art of the In-Between’; at least, that’s how my own twisted mind perceives it.

What also comes to mind is something I’d only today discovered, the term, ‘Neo Gothic Fashion’. Whilst viewing her pieces I envisioned emo kids falling head over heels for her work. I loved it! Yet in a large white room filled with fashion &/or art enthusiasts I Somehow got the feeling I was the only one there smiling from ear to ear. I’d been touched and I think I’ll be re-experiencing this one particular visit to the museum repeatedly in my mind; at least I hope so.

I also realize how I’d be limiting your perception as well as my own by omitting the introductory text within the exhibition guide which goes as follows: 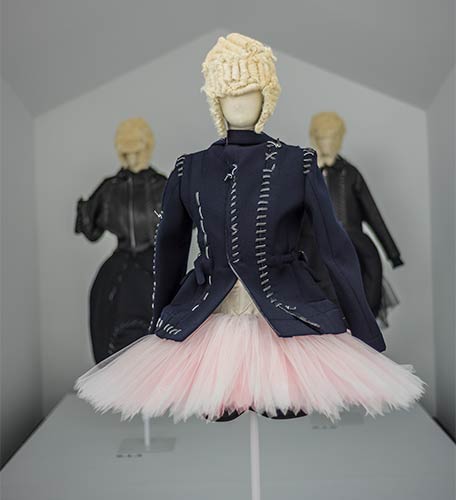 Since founding Comme des Garçons (“like some boys”) in 1969, the Tokyo-based designer Rei Kawakubo (born 1942) has consistently defined and redefined the aesthetics of our time. Season after season, collection after collection, she upends conventional notions of beauty and disrupts accepted characteristics of the fashionable body. Her fashions not only stand apart from the genealogy of clothing but also resist definition and confound interpretation. They can be read as Zen koans or riddles devised to baffle, bemuse, and bewilder. At the heart of her work are the koan mu (emptiness) and the related notion of ma (space), which coexist in the concept of the “in-between.” This reveals itself as an aesthetic sensibility that establishes an unsettling zone of visual ambiguity and elusiveness.

Rei Kawakubo/Comme des Garçons: Art of the In-Between examines nine expressions of “in-betweenness” in Kawakubo’s collections: Absence/Presence; Design/Not Design; Fashion/ Antifashion; Model/Multiple; High/Low; Then/Now; Self/ Other; Object/Subject; and Clothes/Not Clothes. It reveals how her designs occupy the spaces between these dualities—which have come to be seen as natural rather than social or cultural—and how they resolve and dissolve binary logic. Defying easy classification themselves, her clothes expose the artificiality, arbitrariness, and “emptiness” of conventional dichotomies. Kawakubo’s art of the “in-between” generates meaningful mediations and connections as well as revolutionary innovations and transformations, offering endless possibilities for creation and re-creation.

Below would be a video courtesy of the museum itself.