Pilobolus Dance Theater To Perform on “Penn and Teller: Fool Us” on the CW Network

Pilobolus Dance Theater To Perform on

“Penn and Teller: Fool Us”

on the CW Network

Company to Preview Dance Work Created with Penn and Teller to be Performed at NYU Skirball Center, November 16 – December 4 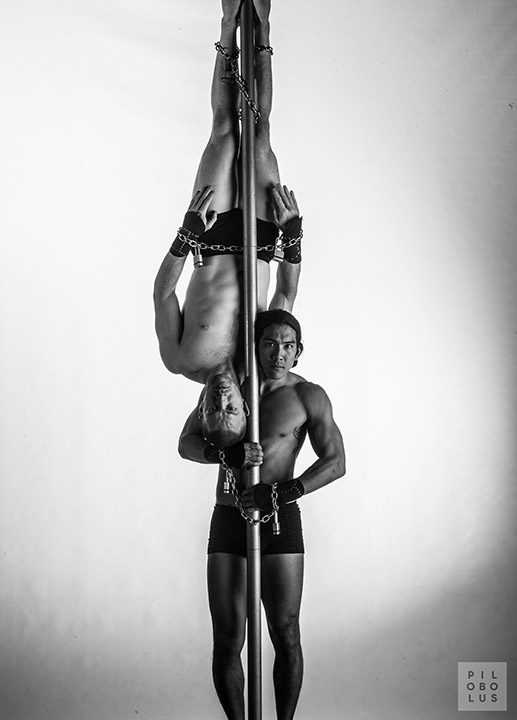 The piece will be performed  live in New York  as part of Pilobolus’s 2016 season at NYU Skirball Center for the Performing Arts, November 16 – December 4, 2016, featuring a mix of  dance, physical theater, short film, and Pilobolus’s surrealistic and magical physical language and nine works, including the New York premieres of Thresh/Hold and Wednesday Morning, 11:45, as well as revivals of Pilobolus classics Day 2 and Gnomon, and collaborations with Penn and Teller ([esc]) and alt-band OK Go (All is Not Lost).

The “Fool Us” episode, called “The Great Escape” (9:00-10:00 p.m. ET) (TV-PG, DL) (HDTV) features aspiring magicians who are invited to perform their best trick to try and fool the world-famous team of Penn & Teller, who will get to see the trick only once and have to immediately try to work it out. In addition to Pilobolus, the episode will feature magicians Xavier Mortimer, Fielding West, Caleb Wiles, and Kevin Hall the Magic Maniac.

Pilobolus is an internationally acclaimed collective, renowned for its unique, diverse collaborations that ignore preconceived barriers between creative disciplines. The company is committed to constantly making things, always creating collaboratively, and always exploring ways of using the human body as a graphic and expressive medium. Pilobolus was founded in 1971 by a group of Dartmouth College students with no training in dance and no interest in playing by the rules. They employed an inventive naïveté that the contemporary “Pilobolus 2.0” energetically applies to the diversity of opportunities in today’s world.  The company puts its intense creative energy into action in the communities where it performs, teaching groups of people of all ages, backgrounds, and abilities new ways of thinking independently, forming genuine human connection, working collaboratively, and finding beauty in unexpected places.

Pilobolus has created and toured over 120 pieces of repertory to more than 65 countries, and currently performs its work for over 300,000 people across the U.S. and around the world each year. Pilobolus was featured this month on the 2016 MTV Video Music Awards and on the  “79th Annual Academy Awards Broadcast,“ “60 Minutes,” “Sesame Street,” “Oprah,” “Ellen” and “Late Night with Conan O’ Brien.” Pilobolus has been recognized with many prestigious honors, including a Scripps Award in 2000, a Dance Magazine Award in 2010, a TED Fellowship, a 2010 Grammy® Award Nomination, and several Cannes Lion Awards at the International Festival of Creativity. In 2015, Pilobolus was named one of Dance Heritage Coalition’s “Irreplaceable Dance Treasures.”