Today at NYC Mayor de Blasio’s daily press briefing, questions continued about COVID-19 victims and whether they were being buried wrongfully at Hart Island; or if there are plans to bury them at there. To which, NYC Mayor Bill de Blasio responded, just as he has in the past week, by stating that they were not.

Now, the purpose of this write-up today is to help shed light and clarity upon a subject which shouldn’t be as controversial as some are making it out to be. Some concerns voiced centered on some of the following points to which I’ll provide my own quick response followed, to some extent, by those of the Mayor: 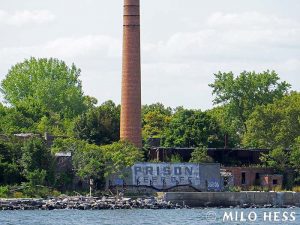 © Milo Hess / Taken August 2017 from onboard the retired NYFD fireboat John J. Harvey off the shoreline of Hart Island. Island is off limits. 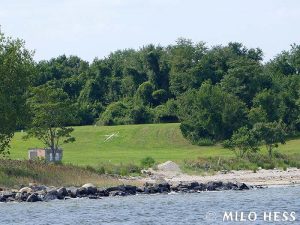 © Milo Hess / Taken August 2017 from onboard the retired NYFD fireboat John J. Harvey off the shoreline of Hart Island. Island is off limits.

“That there are people pass away and there is no family member, no loved one, no friend, no one who we can find, who our Office of Medical Examiner can find who has a connection to that person and is going to take responsibility for their burial. So this is something that has existed for generations in this city. When that is the case, the City of New York steps up and says, okay, that person will be buried at Hart Island. But if a family member comes later or a loved one comes later, that individual, that body can be returned to that loved one. So because there’s just been unfortunately more people passing away, including those who are not claimed by any family. That’s what’s been happening at Hart Island.”

Another question posed to the Mayor today raised concern with the time that a loved one would have to be able to claim a body that’s been sent to Hart Island. The reporter cited what they’d found on the Office of the Medical Examiner website. We checked the site and found the following:

OCME’s responsibility as the City mortuary includes caring for all remains in our custody with dignity and respect. There may be times in this work when remains are unidentified and/or unclaimed.

As we aim to accommodate the many New Yorkers who have been impacted by the COVID-19 pandemic, the New York City Office of Chief Medical Examiner (OCME) will provide temporary storage of a decedent for up to 14 days. We continue to work with families to accommodate their needs during this difficult time. 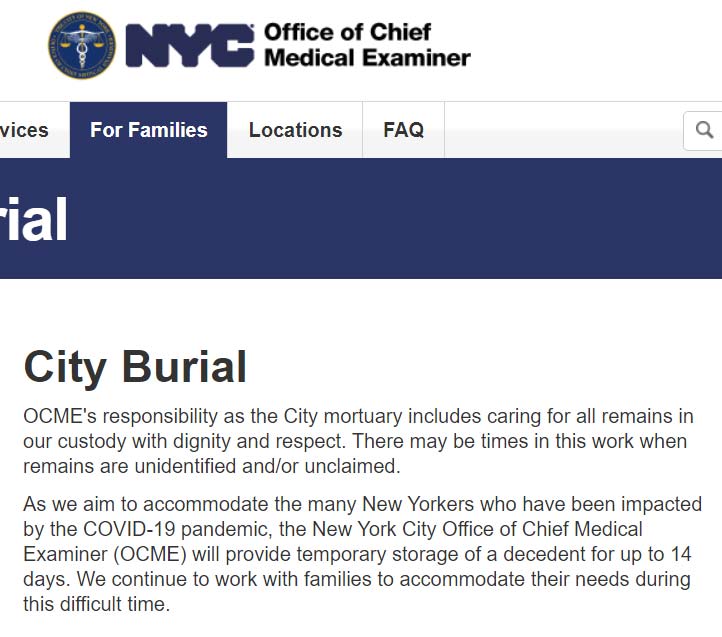 “…any individual who, even if they individually are temporarily buried, they can be brought back to their family member. It’s as simple as that. So we will, that’s open-ended, Erin. That’s – it’s anytime the family shows up after this crisis, we will work with them and we will support them.”

“We have not buried any bodies of claimed individuals on Hart Island, nor do we believe we will have to. Individuals for whom we cannot identify any loved ones for an extended period of time will be buried on Hart Island, as has been done for decades.”

To close, this post is not about siding with the Mayor or anyone else for that matter. Yes, it’s important to raise questions but by the same token, it pays to keep a hold of common sense and not lose one’s head…’and pay attention to that which the mayor’s repeated again and again. Let’s focus on saving lives.

‘and if there’s to be concern over what’s right, what’s wrong…what’s cruel and what’s moral, then maybe we should all be wondering why so many are dying alone?

Thanks go to my fellow photo journalist, Milo Hess, for the use of his photographs taken in 2017 of Hart Island from afar.