Just some things to do this October 2017. Remember to also check with our main calendar as well as our Street Fairs / Festivals Page. 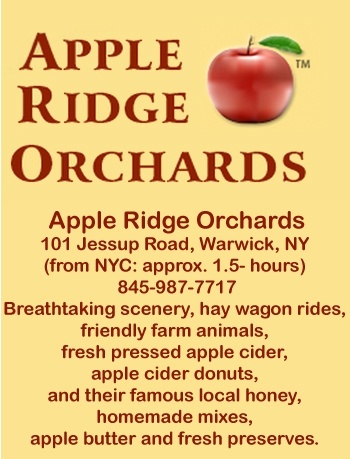 First and foremost is the fact that it’s Apple and Pumpkin picking season with a healthy number of orchards beyond our city’s borders. Not that you won’t be able to do any picking locally. You can! Queens County Farm‘s got their own thing going on during October weekends. They’ll have a pumpkin patch along with their Maize Maze! Over at Staten Island is Historic Richmond’s Decker farm with their own offerings of pumpkins for the pickin’.

On the very first of the month near northern Manhattan is the Fort Tryon Park Medieval Festival. It’s a fest we’ve been to numerous times and it’s a real hoot! Lots of folks dress up in period costumes and some really get into the act. From live music and food offerings to a joust and a whole lot more. It’s fun for the entire family! ‘and should you go, DON’T forget your camera! You’re regret not bringing it along. Right there is the Metropolitan Museum of Art’s Cloisters location. It’s a fitting addition to all the festivities going on outside its doors.

On that same day at the Brooklyn Botanic Garden is their annual Chile Pepper Festival filled as well with entertainment, food offerings and everything hot! Fashionably ‘hot’ is not what’s implied, but rather, HOT, HOT! As in burning your mouth and rear end hot; or so I’ve heard!

Over on the upper west side of Manhattan would be the Feast of St. Francis and Blessing of the Animals + Outdoor Festival. Take a look and see if that’ll be your thing. We’ve yet to make an appearance but one year we WILL be there! Sans our family yak but heck, maybe we’ll bring the cow along.

Another attraction this month would be the opening of some of our Ice Skating Rinks; namely, the Rink at Rockefeller which is often the very first one to open for the season. First skate will be on October 7, 2017. Additional details on all the other rinks will follow.

It’ll be a three day weekend with the Columbus Day Parade on that Monday, October 9, 2017. The march will be going from 44th to 72nd Streets along 5th Avenue. Keep in mind that we’re now heading into what we call ‘iffy-weather’ territory. You know, that time between Summer and Winter and vice versa? Who knows if it’ll be really cold that day or nice and comfy.

Other items coming up would be:

Now it’d be a crime for us not to mention the biggest string of happenings for this time of year.  It’d be all the upcoming Halloween related events through the month leading up to the highly anticipated Village Halloween Parade which we’ve attended a couple times and if you’ve never been then you just absolutely must! At least just once!