Today, New York City Mayor Bill de Blasio, First Lady Chirlaine McCray and Commissioner of the New York City Department of Veterans’ Services, James Hendon laid wreath in memory of the many fallen. Those veteran’s of America who’ve lost their lives in the service of our nation.

The tribute took place, during the late morning hour, at the Brooklyn War Memorial, found in Cadman Plaza.

No words were spoken yet three members of the NYC Police Department were on hand. Officer Rivera sang the National Anthem and Officers Schreiner and Nersesyan performed Taps on Trumpet.

Following is the video taken at the event. I apologize to Officers Schreiner and Nersesyan for the video going out of focus during their appearance. 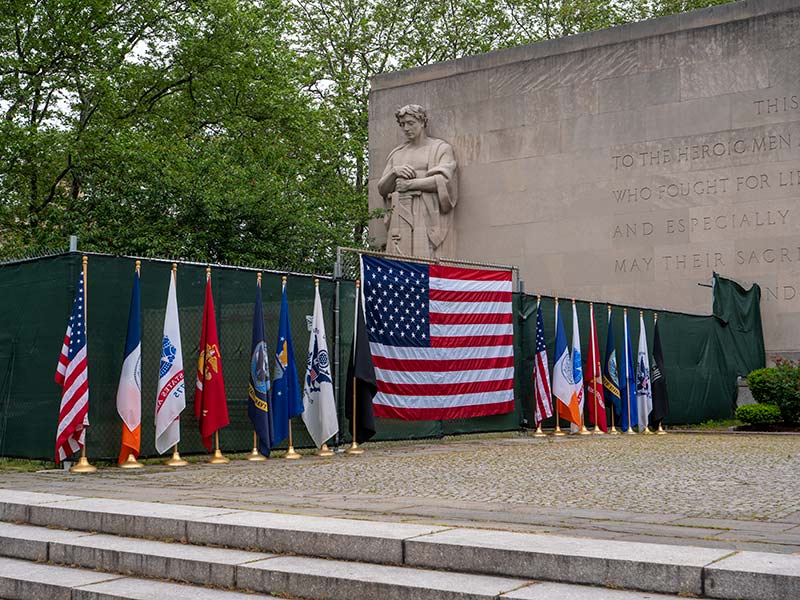