The Mayor and the First Lady as well as many members of the FDNY would make an appearance at NYC Health + Hospitals/Kings County Hospital in the borough of Brooklyn today. At just several minutes before the clock would strike seven our city’s leader and his wife would materialize before a crowd of the hospital Healthcare workers.

Made up of Nurses, Doctors and other staff, this group were all decked out in their protective wear. Despite the masks they were wearing one couldn’t help but sense that every single one was smiling.

Perhaps it was the show of support? Maybe they just needed a break? I’d like to think it might’ve been the camaraderie they shared as warriors on the battlefront. Fighting an unimaginable war against an unseen enemy. Whatever might’ve been brightening day, if only for moments, this person is honored to have been in their presence.

The Mayor would make mention of how our other heroes (NYC Fire Fighters), despite their great busyness, would make the time to honor these healthcare workers. This was all part of what’s become a daily tradition in New York City. Folks all over would clap and applaud at 7:00 pm, in recognition of these people who are doing nothing short of trying to save lives during the Coronavirus Pandemic. A health crisis which has upended life in New York as well as across the Nation.

Thanks go to all our of them.

The video we’d taken wasn’t exactly the best considering the volume of the Mayor’s speech. Thought it still a worthy share nonetheless.

Following, would be a tweet by the FDNY who were present tonight

Photos from this evening: 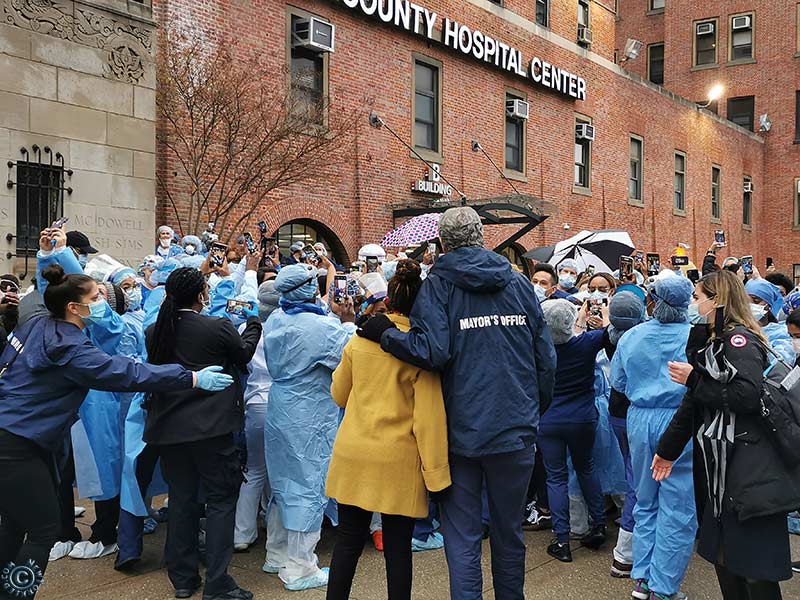 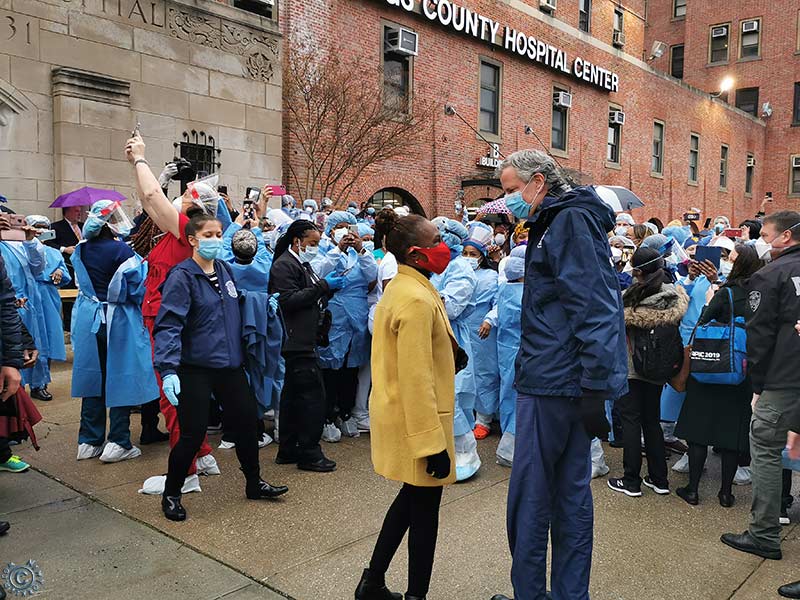 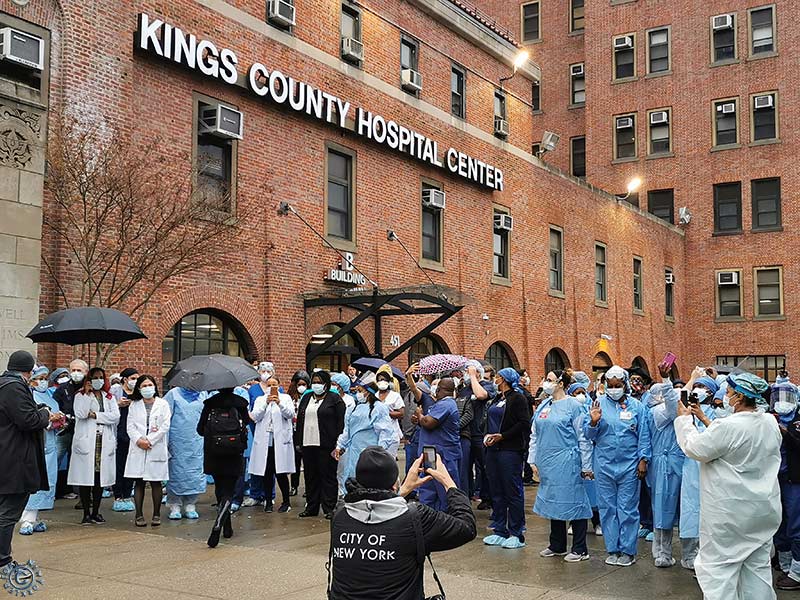