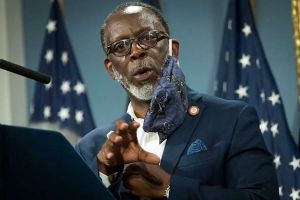 “The most effective solutions come from the grassroots and create change beyond the power of government,” said Mayor Bill de Blasio. “Cure Violence has empowered leaders from across our city to take control of their neighborhoods and rethink what it means to keep each other safe. What we are doing today will save lives and guarantee a safer and fairer New York for generations to come.”

An initiative of the City’s Office of Neighborhood Safety (ONS), the Crisis Management System launched in 2017 through the Mayor’s Office of Criminal Justice as a network of providers that use the nationally recognized Cure Violence model, a neighborhood-based, public-health approach to violence reduction. CMS deploys teams of credible messengers—community members whose backgrounds allow them to connect with and motivate those at-risk—to 26 sites, where they mediate conflicts on the street and connect high-risk individuals to services These services include a year-round employment program, mental health services, and trauma counselling.

Researchers at John Jay College of Criminal Justice have found shooting victimizations fell by 28% across all CMS sites over the first 24 months following a site launch, compared to the 24 months prior to the launch. Gun injuries fell 33%. Additionally, researchers found CMS also increased trust in police and decreased residents’ reliance on violence to settle disputes.

“This City’s investment in the Crisis Management System and other solutions to public safety centered on community marks a vital turning point,” said Elizabeth Glazer, Director of the Mayor’s Office of Criminal Justice (MOCJ). “Instead of turning first to the criminal justice system to define what safety looks like, New York City is drawing upon the strength of neighborhoods and residents themselves to drive changes for their communities to thrive.”

“Public safety starts in and is sustained by the community,” said Eric Cumberbatch, Deputy Director of the Office of Neighborhood Safety. “The Crisis Management System and other vital initiatives like the Mayor’s Action Plan for Neighborhood Safety tap into the grassroots, community-based networks that are led by the people who know their neighborhoods best—our residents.”

“As an Assembly member who represents a good part of the 103 PCT and parts of Jamaica I want to thank the Mayor and his team for reducing gun violence and strengthening neighborhood safety through this Cure Violence model,” said Assembly Member David Weprin.

“I am happy to hear that the Cure Violence program is expanding to include additional precincts, especially our South East Community’s 103rd precinct,” said Assembly Member Alicia Hyndman. “As our journey of the summer season begins, it is imperative to fund, aid and uplift the organizations doing the work to keep the peace within our community and promote anti-violence. Jamaica deserves much more, but this, is important to our progress.”

“Our Cure Violence organizations have consistently led the emergency response to our community’s public safety and social service needs,” said Council Member I. Daneek Miller, Co-Chair of the Black, Latino, and Asian Caucus. “Today’s announcement not only reflects the value of the work they have done on the ground to combat gun violence but the vital role they will now serve in aiding the City with helping our communities of color heal from the twin traumas of COVID and racial injustice. I thank the Administration for its continued partnership with the Black, Latino, and Asian Caucus in supporting these ambassadors of peace as they set out to fulfill their latest mission.”

“Our city is at a critical juncture and it is important that we put a system in place for change,” said Council Member Adrienne Adams Co-Chair of the Black, Latino, and Asian Caucus. “The expansion of the Crisis Management System is an investment in the future of our communities. Increasing community-led measures to preemptively cure violence is a step in the right direction. Violence Interrupters are critical allies of law enforcement, schools, medical facilities and more. I applaud Mayor de Blasio for this thoughtful, much needed approach.”

“Law enforcement alone is not the answer. Doubling down on the Cure Violence model is an acknowledgment of our advocacy for the tireless work violence interrupters do to make our communities safer. Now we must ensure they get paid on time for their work,” said Brooklyn Borough President Eric L.  Adams.

“I totally support the expansion of Cure Violence to the four additional sites. As Co-chair of NYC Council’s Task Force to Combat Gun Violence, I was instrumental in making Cure Violence the centerpiece of our strategy,” said Council Member Fernando Cabrera. “In the first year, then Council Member Jumaane Williams, fellow-co-chair, and I secured $6.7 million for a city-wide effort to prevent gun violence.  Since fully implementing Cure Violence, gun violence is down throughout the five boroughs.  Perhaps one of the most important measures is ‘Longest Stretch of Days of No Shootings.’   Last year the number of shootings in the Cure Violence area in my district was near zero.  The effectiveness of Cure Violence is supported by data- not just in New York City, but throughout the United States and in several countries. I expect great results from the expansion of Cure Violence.”

“We hear the cry in the streets. We understand and we see you,” said Erica Ford, Executive Director of Life Camp. “We know that the work must begin in changing mindsets and healing people and putting a system together that can do something different. We are here to take the job and stand in salute of peace.”

“Today marks another great day of recognizing the data driven evidence based work of the Cure Violence Global, the Crisis Management System initiative, and the workforce here in NYC, said Andre T Mitchell, Executive Director of Man Up.” Because of the partnership between our brave men and women who are credible messengers all across the city and the demonstrated support of this administration –alongside our City Council we have been able to keep NYC the safest big city in the nation as well as the largest CVG replication site in the World. Now because of the increase in continued funding we can confidently expand into other precincts that have been desperately waiting for our public health approach to public safety. We will be able to identify, employ, train, and ultimately deploy influential community members who will work alongside all our partners whose goal is to keep our neighborhoods peaceful and safe.”