In the midst of NYC’s struggle to contain and manage the Novel Coronavirus Pandemic, two related announcements were made today by top local government leaders. Mayor Bill de Blasio and NY State Governor Andrew Cuomo revealed new rules dictating that Essential Workers who come in contact with the public would be required to wear face coverings of some sort beginning on April 13, 2020.

Attention might be paid to the slight differences between both declarations. The Mayor makes reference to City Workers whereas the Governor refers to employers of essential workers. Remember, essential workers aren’t just those on the front-lines such as police, medical personnel and others but as well, those in the essential service industry. Such workers are comprised of pharmacy workers, food store workers, and even members of the press.

A short time later the Governor would have his own briefing at which he would say, “We’ll also do an executive order today which directs employers to provide essential workers with a cloth or surgical face mask to their employees when they are interacting with the public. They should provide those masks cost free. New Jersey did a similar order and I think Governor Murphy was right and I want to do that here in the State of New York.”

The reference to New Jersey’s Governor concerns the Executive Order he put in place to have taken effect on April 10, 2020. Part of that order reads as follows:

Through our own travels within and beyond the city limits there have been numerous times when I’ve witnessed non-adherence to social distancing in as far as essential service workers were concerned. I’ve seen the same thing happening amongst members of the press. Worse still, are how many of these individuals had no facial coverings whatsoever. Not that they were an absolute requirement, but now they are. These new rules would go a long way in protecting these people as well as those they come in contact with. Hopefully there’ll be widespread adherence. 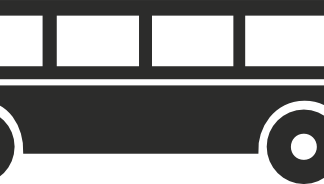