NYC Skyline Posters and Prints for Sale by New Yorkled

Affordable posters and prints of the New York City’s Skyline. All Images on this page are the rightful property of New Yorkled Magazine. Sharing in an unauthorized manner is not allowed. Thank you for passing through and please help support this site through the purchase of an item. Simply Click away. 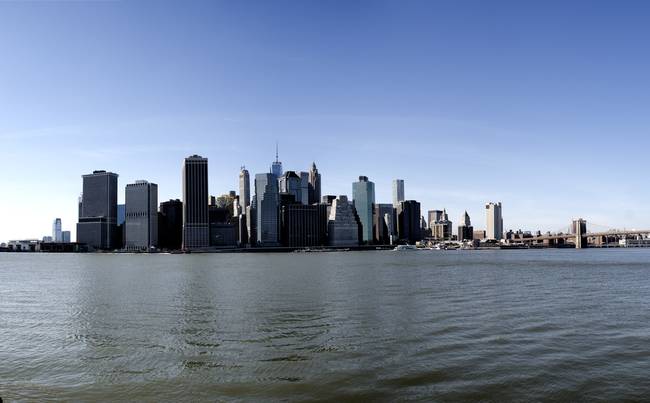 A panorama of lower Manhattan and the skyline of downtown New York City is featured in this photo which features amongst others the East River, Brooklyn Bridge and some of the many skyscrapers along the horizon. One of these skyscrapers would be the Freedom Tower.

Skyscrapers at the South End of NYC 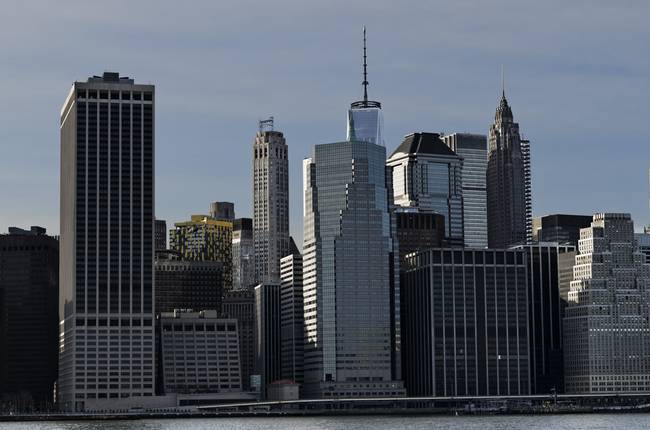 Some of the many skyscrapers making up the lower Manhattan skyline are featured in this photo…one of which is the newly built One World Trade Center otherwise known as the Freedom Tower. Also partially visible is the East River.

The lit buildings and skyscrapers of Lower Manhattan are featured in this image showing off the wondrous beauty of this section of New York City. Also visible is the East River with this partial reflections and amongst the many buildings would be the One World Trade Center Tower and Spire otherwise known as the Freedom Tower. Entire scene is cast in the evening sky.

The Lights of Lower Manhattan in the Evening

The lit buildings and skyscrapers of Lower Manhattan are featured in this image showing off the wondrous beauty of this section of New York City. Also visible is the East River with this partial reflections and amongst the many buildings would be the One World Trade Center Tower and Spire otherwise known as the Freedom Tower. Entire scene is cast in the evening sky.

The Silhouette of Lower Manhattans Buildings and the Brooklyn Bridge

The silhouette of the Lower Manhattan Skyline is featured in this image just as the sun sets in the distance far from one’s view. Note the passing clouds overhead as they float above the downtown area of New York City.

There are so many perspectives with which to admire our city of New York. Many ways to view and enjoy the scenery be it in the subway, from a skyscaper, from a rooftop or from the streets. ‘and of course there are those inspiring views from the waters as well. Here in this image is the lowest tip of Manhattan Island with a passing cruise ferry. New Yorkled’s almost seen the city from every angle and oh what a joy it’s been! Won’t you join us?

At the Southern end of Manhattan are some skyscrapers

One can get the most dramatic perspectives of New York City from the waters which surround it. This image includes the lowest tip of Manhattan Island as taken from the Hudson Harbor aboard the Staten Island Ferry. It’s quite the sight regardless of the time of day or year. There towards the right you can spot the New York Water Taxi heading up towards the East River. Just beyond this is another of the Staten Island Ferries docked at port. This is merely one of many visual tours to be presented by New Yorkled in the future. Welcome aboard and have fun!

View of NYC’s Lower Manhattan as seen at night from the Brooklyn Promenade.

An image capturing Lower Manhattan’s many skyscrapers alit during the approaching dusk’s blue hour. In the forefront would be the numerous pilings as seen from Brooklyn Bridge Park on the Eastern side of the East River.

A scene of the skyline along Central Park West on the upper west side of Manhattan as viewed from the lowest and southern most end of the reservoir there.

The skyline of Lower Manhattan as seen during the Blue Hour from the Brooklyn side of the East River.

The Paradox of Lower Manhattan and its Reflection

They say that beauty is in the eye of the beholder,but then so is the illusion of what you see before you.Is the glass half empty or half full?Is this reflection a true reflection of perfection or is true perfection found in imperfection?Thus begins the paradox.

Lower Manhattan Skyline as seen from a Fair in Brooklyn

In the foreground of this image is a depiction of folks enjoying a beautiful Spring day in Brooklyn Bridge Park by the newly restored piers as Lower Manhattan’s skyline stands boldly in the distant background.

Fireboats spraying water as they pass along the East River with the Lower Manhattan skyline in the backdrop. All captured underneath an exciting sky as the day nears sunset.

Scene here was captured on an ultra calm day when the air was so very crisp and the lights of lower Manhattan were all aglow. Of course one should not always believe what one’s eyes see…or should you? Some might say that life would be so very wonderful if the scene shown here can exist every day but then there are others who would say that variety is the spice of life and seeing perfect reflections isn’t really so perfect at all. So you be the judge.

The buildings and skyscrapers of Lower Manhattan are visible here as seen across the East River from the newly renovated, rejuvenated and restored Broooklyn Bridge Park area and Piers. Visible during the soon to end blue hour are numerous landmarks amongst which is the newly finished One World Trade Center, WTC.

Lower Manhattan in Black and White

The Lower Manhattan skyline dominates the horizon as seen from across the East River along and within Brooklyn Bridge Park. Depicted in Black and White.