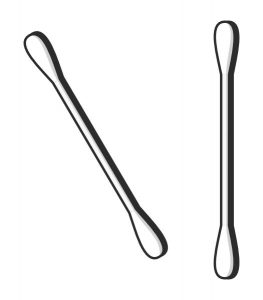 As a follow-up to my recent post ‘Mr. Mayor, why haven’t you ‘Demonstrated the Easier & Safer COVID-19 Self-Swab Test’, I posed this question to Mayor de Blasio. On Thursday, May 21, during his daily COVID-19 Press Conference, I asked him if his administration had considered demonstrating this newer test. He responded by saying, that it was a good idea and that they would “arrange a demonstration to show people that it’s a pretty easy, quick thing.”

Earlier in the week, the Governor had the PCR (polymerise chain reaction) Diagnostic COVID-19 test administered to himself on live television. Yours truly didn’t understand the benefit of demonstrating a test which required the use of a very long swab being stuck up into one’s nasal cavity. Thus, the reasoning behind my question of why hasn’t the easier and safer test been demonstrated?

Surely, the city and state are looking and hoping for every New Yorker to participate in testing. At the moment, the criteria is somewhat limiting, but as more and more tests are made available the eligibility requirements will be loosened further.

Today, Mr. de Blasio was to have made an appearance at the Highbridge Recreation Center in Manhattan. I missed my chance to be there in person. I’m wondering if he’ll be making a live demonstration at that locale? I’ve no clue, but will be following up with updates.

Also, remember folks. Short of a vaccine, the only way out of this Novel Coronavirus Crisis is through massive repeated testing. As mentioned previously, it’s all voluntary, but folks need to be made to feel comfortable about the idea of stepping forward. Hopefully, an even easier test might be created? We’re hopeful. Stay safe, stay well.

The Self Swab test’s mention on the NYS Department of Health Website:

My exchange with the Mayor on May 21:

“Good morning, Mr. Mayor. I hope you’re doing well today. We’d gotten our antibody test the other day and I’m sure you’ll be happy to know that the line stretched all the way up the lot.

With that in mind, early this week, Governor Cuomo had a diagnostic PCR test administered on live TV. Now I see that the easier and safer swab and spit test, which you first talked about at the end of April, is mentioned now on the state’s health department site. Now I know of people who are still turned off at the scene. The Governor had that long swab, stuck up his nose.

So, question, have you folks considered having a demonstration of this easier test? I’m sure it would go a long way in calming folks’ concerns and worries. Maybe yourself or somebody else can demonstrate it just as the Governor has?”

“I think that’s a good idea, and I think it was important the Governor was trying to show people that this test is something that people can get more and more. But I agree that the self-swab test is even a step further in the right direction and it’s smart for us to show people how it works because more and more labs are now accepting that test. It’s definitely the – where we’re going to trend going forward. It is faster, it is easier. It causes less chance of the patient coughing or sneezing.

So not every lab is taking it and we still need to have some test kits of the other kind so we can maximize our options. But more and more it will be the self-swab test.

So I think your point is a good one and we will arrange a demonstration to show people that it’s a pretty easy, quick thing.” 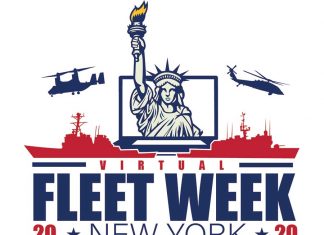