Further down on this page, beneath this webcast are details of the upcoming New Year’s Eve Items taking place in NYC.

Also, there’s the related TIMES SQUARE SCHEDULE OF EVENTS for the evening. 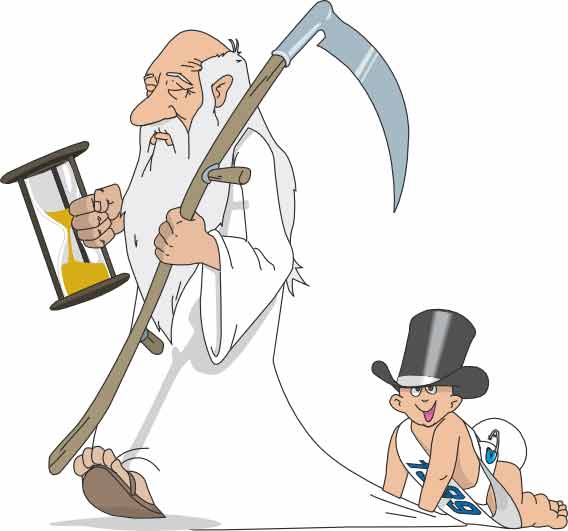 Wow! What other site captures the world’s imagination, anticipation and attention than Times Square at 11:59 pm on December 31st of every year? That’s when the countdown begins and New York City’s revelers and this City’s biggest party participants roar out each number as we all Ryan Seacrest who replaced Dick Clark some years ago, who in turn had been playing host since 1971, in welcoming the New Year. There’ll be other hosts of other TV/News Networks there as well as a number of performances stages.

Hundreds of thousands participate in this celebration and over one billion watch it from their TV sets. Perhaps the greatest celebratory event in the millennium was the welcoming of 2000. It was covered by all major television stations as they kept their eyes on the entire world. Heck, my own eyes were glued to the television from morning ’till evening as I watched nation after nation around the world bring in the New Year.

NYC’s Times Square is only one of hundreds of reasons I’m proud to be a New Yorker. One of those many sites throughout the city which makes outsiders crave to be a part of it all.

A reason to celebrate, a reason to stand in awe, a time to let go of the past, a time to welcome the future, a reason to join in with one’s neighbors and shout in the New Year. So hold your loved one’s hand as we all count down from 10 to 1 while that grand ball drops. Millions within NYC and around the world share in the same sort of celebration. Awesome, isn’t it? Quite awesome. May you be kept in your peace and may the New Year bring you all fortune and success.

There are no upcoming events to display at this time.

Countdown to the new year with a fireworks show at midnight!

In the past there had been free live entertainment and B&B Carousel rides from 9:00 p.m. to midnight… Stay tuned for updates.

Let’s see, apart from all the tens of thousands of folks descending upon the various outdoor celebrations, there’ll also be the rest of us who’ll prefer to view the festivities while indoors or elsewhere.
Keep in mind though that the following listing aren’t necessarily taking place in New York City. So here’s a quick rundown:

It’s been reported that some, if not all, of the stars performing will include: Green Day, Dan + Shay, Dua Lipa, Paula Abdul, Kelsea Ballerini, Blanco Brown, Ava Max, Megan Thee Stallion, Anthony Ramos, Salt-N-Pepa and SHAED. Although, as of this writing, it’s not known if they’ll all be appearing within Times Square or if some are schedule for the production’s other locations.

Steve Harvey will be back to host Fox New Year’s Eve Live from Times Square with co-host, Maria Menounos.

No word, as yet, regarding whether they’ll be having any sort of blast this year.

“” Now in its 11th year, CNN’s New Year’s Eve show will feature CNN correspondents and Hollywood stars from across the country and around the globe as the world rings in the new year. Last year’s New Year’s Eve Live with Anderson Cooper and Andy Cohen was CNN’s highest rated New Year’s Eve Special on record.””

No word, as yet, regarding this year’s televised celebrations as they may pertain to Times Square.

The following is from last year’s New Year’s Eve Listings. Stay tuned for an updated list.

The following is a portion of what SiriusXM has planned for this year’s ending:

Learn more at the above linked to page…

Fireworks all over the City!

Not only will there be at Prospect Park (provided by Zambelli Fireworks Manufacturing Company) & Central Park and yes, there’ll also be Fireworks by Lady Liberty herself! ‘as well as in Times Square for the New Years Ball Drop!

Apart from having the best seats in the house via Cruise one can only guess that anyone with an unobstructed view of the Statue of Liberty will get to enjoy the pyrotechnic displays.

So here’s wishing all the best New Year’s Eve Celebration ever and a peaceful and prosperous 2012!

This family-friendly fireworks display, now in its 40th year, attracts tens of thousands of revelers to Prospect Park, making it one of the city’s most popular celebrations.

The race begins at 72nd Street at Bethesda Terrace. The race itself is organized by our very own NY Road Runners. Be sure to visit their site to learn about Registration Fees and Deadlines.