As outlined in my daily summary here…:

The chosen streets are as follows: 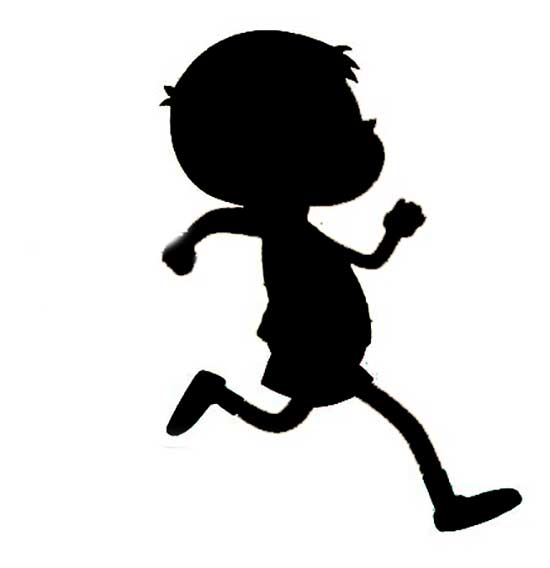 Lately, in New York City there’s been a bit of a hubbub over the parks and playgrounds as well as the streets and whether they should be closed to some extent. Why is there a concern? For anyone living under a rock over the past weeks and months, the Coronavirus outbreak is a highly contagious global pandemic that’s now striking America with what’s anticipated to be an unimaginable fury.

Considering how a country like Italy has a death rate (that is, number of deaths compared with the infected) of 9.8% as of the time of this writing (one which has crept up from 4% and only gotten worse and worse on a daily basis) then one can understand the concerns. Especially, when one thinks about how 3.5% is (or rather, was?) a rough estimate of what the death rate should be? The trajectory of infections in America is pointing sky high, meaning things won’t be subsiding for sometime as long as we don’t consider greater restrictions, nationwide, in populations’ ability to congregate.

With all of the above in mind, New York City has a dense population of just over 8.6 million. What I’ve drawn out is a mega-rough draft of what’s gone on. Yet, IF you’ve actually been living under that proverbial stone then you should be able to understand that keeping one’s distance saves lives.

Thus, with this many people, how do you keep them from misbehaving? How do you allow them some semblance of freedom without making things worse? You’d think it’d be easy with one simple mandate stating, ‘HEY! You all gotta stay home!’. Sure, fine. How do you get food to these people? What about their meds? Then there’s the matter of cabin fever. Plus, with warmer temps on the way, and folks having nothing to do?

Arguably, it can be stated that the concerns over the streets might’ve begun with Governor Cuomo’s comments after his trip to our city this past weekend. He was not pleased with having witnessed folks congregating in ways they shouldn’t be.

His response on Sunday, March 22:

“You have much less traffic in New York City because non-essential workers aren’t going to work. Get creative. Open streets to reduce the density. You want to go for a walk? God bless you. You want to go for a run? God bless you. But let’s open streets, let’s open space – that’s where people should be, in open spaces areas, not in dense locations.”

Since then there’ve been arguments online and elsewhere about what should be done. I myself have had my share of discussions and spats on the topic.

There’s one posting online: “Tuesday’s Headlines: Everyone Wants a Car Ban (Except the Mayor) Edition” listing those who are behind the push to close some streets.

My own personal opinion has changed numerous times over the past few days. I feel that stronger measures do need to be carried out. But then again, it’ll be getting warmer and you just can’t expect residents of this city to stay home on a daily basis. So, it’s with that in mind that, I feel we definitely need to open the streets to pedestrian traffic. As I pointed out in my posting recently, there are spots within Manhattan too narrow for safety sake. Plus, the fact that things will get extraordinarily worse means soon every single person in this city will know of someone affected by the disease. That’ll be enough IMHO to get someone behaving.

“Also, in terms of our streets, we’ve worked with the state and with the city council on an initial effort to ensure that we can enforce a limited number of streets that will be opened up. This will be a pilot program. We’ll do up to two streets per borough. And everyone wants to make sure that there are spaces for folks to get their exercise, to get fresh air. We also are quite clear there must be enforcement, so it has to be places that the NYPD and the other agencies can enforce effectively. We came to, I think, a very smart, workable agreement to do a limited number of sites around the five boroughs. See how it goes, see if the enforcement works while we’re trying, of course, to do the enforcement everywhere else. We’re going to, our goal is to get these up and running by Thursday at the, again, up to two sites per borough. Details will be announced, but the one thing for sure, every site can and will be enforced by the NYPD and other agencies. That obviously underlies our entire approach. So, you’ll see that up and running in the next couple of days.”

Hmmmm, one can easily see how the Mayor’s words “…make sure that there are spaces for folks to get their exercise, to get fresh air…” might be misconstrued as an open invitation. Period. End of sentence. I leave that bit to you to figure out.

A question was posed to him: …street closings, I know you said a lot of the details are still TBD, but can you give an example? Like if we’re talking about Broadway in Manhattan and what is the thinking here, is there any concern that opening streets could actually incentivize people to get outside and congregate in a way that you’re actually trying to discourage?

“…Commissioner Shea and I have talked about this repeatedly. I’ve talked to the Governor several times about it, including this morning. We want to strike that balance. So, what we decided was to have a very limited number on a pilot basis, certainly a number that the NYPD and other agencies can account for in terms of enforcement. But the ground rule was we had to be able to enforce it or else it was going to be counterproductive. So, the streets will be selected for where they’ll have an impact, obviously, where people do need that – they need space exercise, I believe in that to say the least. But there’ll be where, working together with the City Council, where we think there’ll be a positive impact, but where we can guarantee enforceability.”

As for the Parks?

The Mayor stated how the city would be given until Saturday evening before a decision is made on whether to close the playgrounds. If folks don’t behave then they’ll have to be closed.

Ummmm, hello? Why are folks taking their kids to the playgrounds? ‘and btw, speaking of incentives.

“We have been working closely with the state of New York and with the city council to make sure that we are able to maximize the education, maximize the enforcement, maximize the chance that people can continue to enjoy our parks and in particular our playgrounds. But it’s also clear, as I said just a few days ago, that if that is not working out, if people are not abiding by the rules, if they’re not listening to the warnings, we may get to the point in just days where we have to close the playgrounds for the duration of this crisis. It’s not something I want to do, but it’s something I’m ready to do if needed. We have agreed with the state of New York and the city council that we will give this process until Saturday evening. So, we’ll have some warmer days coming up. We’ll have a chance to see if people have gotten the message. We will be doing all the enforcement, but if by the end of Saturday, it is not sufficiently clear that New Yorkers are following these new rules, at that point we’ll be prepared to shut down playgrounds for the foreseeable future. So, to everyone out there, to all the parents with kids, and again, I’ve made very clear, if you’re living under the same roof, social distancing is different for you. Obviously, people who live under the same roof are going to be in close proximity all day, all night. You don’t need to do the six feet apart out on the playground if it’s a mother with her child, for example. But you do need to keep your distance from everybody else, and your child does as well. So, the rules are pretty straightforward. If people follow those rules, my hope is the playgrounds stay open. If they don’t follow the rules, most assuredly, the playgrounds will be shut and we will make that decision by Saturday evening.

Media questioning of NYC Mayor on the Speed of his Response and Action This posting has been placed up not as a representation of our...