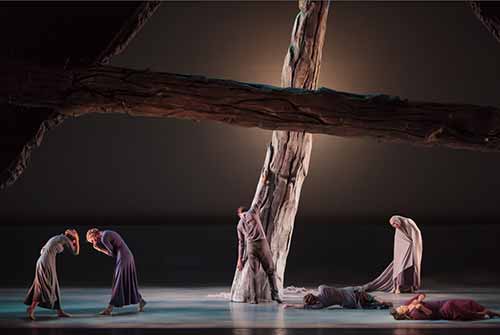 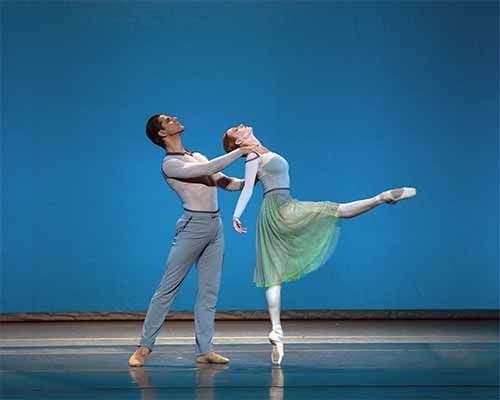 Jessica Lang Dance will perform as part of Lincoln Center’s White Light Festival, with a company premiere of Stabat Mater from November 1-2, 2017.

The company will present for the first time in Moscow, Russia in December 2017, and will tour nationally throughout the country, with appearances in California, Maine, Massachusetts, Oregon, and Wisconsin, among others.

In addition to the NYC performances of Lang’s work, JLD isestablishing two new community programs in Queens this fall.  JLD’s community programs will include an Open Rehearsal on September 30, 2017 and a Weekend Workshop on October 14 & 15, 2017.

For American Ballet Theatre’s 2017 fall season at The David H. Koch Theater, Lang has been commissioned to create a pièce d’occasion forthe Opening Night Gala. This new work will be created for and performed by ABT apprentices, the ABT Studio Company and students from the upper level of the ABT Jacqueline Kennedy Onassis School . This new work will receive it’s World Premiere at the Opening Night Gala on October 18. Lang’s work Her Notes, will also be performed on select nights by American Ballet Theatre season which runs October 18 – October 29.  Her Notes received its World Premiere on October 20, 2016 at the Koch Theater in New York City.  Set to the music of Fanny Mendelssohn, Lang collaborated with Lighting Designer, Nicole Pearce and Costume Designer, Bradon McDonald to create a piece that is “tasteful, substantial and very satisfying”(The Huffington Post).

Her Notes was commissioned with leadership support from the Virginia B. Toulmin Foundation. This production has been generously supported through an endowed gift from the Toni and Martin Sosnoff New Works Fund.

On November 1 & 2 Jessica Lang Dance will perform the Company Premiere of Jessica Lang’s work, Stabat Mater, as a part of Lincoln Center’s White Light Festival. In this work, Lang has taken Pergolesi’s Stabat Mater, a sorrowful and heartrending psalm of the Virgin Mary’s lamentations at the crucifixion, and created “one of the most extraordinary experiences an opera-goer is likely to see” (operawarhorses).  Lang combined “gracious flow and arresting gesture” (New York Times), creating “an overall experience of potent emotional impact” (Operatoday). Performed by countertenor Anthony Roth Costanzo and soprano Andriana Chuchman with the Orchestra of St. Luke’s, conducted by Speranza Scappucci. Developed at the Glimmerglass Festival, Lang’s Stabat Mater premiered in Cooperstown, New York, in 2013, and receives its first New York City performances at the 2017 White Light Festival, presented by Lincoln Center for the Performing Arts.

Tickets for the 2017 White Light Festival are available online at WhiteLightFestival.org, by calling Center Charge at 212.721.6500, or at the David Geffen or Alice Tully Hall Box Office (Broadwayand 65th Street).

Stabat Mater has been generously supported by the Strelizia Foundation.

On September 30, Jessica Lang Dance will be hosting an open rehearsal at Frank Sinatra School for the Arts in Astoria.  Community members can join JLD for a behind-the-scenes look at a professional dance company. Walk in at anytime between 10:30am-3:00pm and observe JLD’s company ballet class followed by rehearsal. At 2:00 pm, there will be an informal showing followed by an audience Q&A with Jessica and her company members. This event is FREE and open to the public. Families are welcomed.

On October 14 and 15, 2017 JLD will be hosting a two-day artistic and creative workshop with Jessica Lang and her Company designed for pre-professional dancers ages 17+. Participants will take classes taught by Jessica Lang, learn JLD rep and have the opportunity to interact with the company members through Q&A sessions, lectures with Lang’s collaborators and information demonstrations.

Community programming is made possible with generous funding from The New York Community Trust and with support from the National Endowment for the Arts.

Jessica Lang Dance (JLD) is a Long Island City-based dance company dedicated to creating and performing the work of Choreographer and Artistic Director, Jessica Lang. JLD enriches and inspires global audiences by immersing them in the beauty of movement and music. The company has made rapid success since their debut at Jacob’s Pillow Dance Festival in 2011, being presented by venues across the country and abroad. They have been presented by organizations including, Jacob’s Pillow Dance Festival, Brooklyn Academy of Music’s Next Wave Festival, New York City Center’s Fall for Dance Festival, the John F. Kennedy Center for the Performing Arts, the Joyce Theater, the Harris Theater for Music and Dance, The Music Center, Northrop Auditorium, Winspear Opera House, Tel Aviv Performing Arts Center and Palacio de Bellas Artes, among others. In the upcoming 2017-18 touring season, JLD will be presented by venues including The Joyce Theater, Artis-Naples, UMASS Amherst, Carpenter Performing Arts Center, DeBartolo Performing Arts Center, and WhiteBird’s presenting at the Newmark Theater, among others. In November 2017, JLD will be presented by Lincoln Center’s White Light Festival, performing the company premiere of Pergolesi’s Stabat Mater.  JLD will also be presenting a world premiere commissioned by SUNY Purchase in May 2018.

JESSICA LANG is a choreographer and the artistic director of Jessica Lang Dance. Lang, a recipient of a prestigious 2014 Bessie Award and 2017 Arison Award, has created more than 95 works on companies worldwide since 1999 including American Ballet Theatre, Pacific Northwest Ballet, Birmingham Royal Ballet, the National Ballet of Japan and Joffrey Ballet, among many others. Additional commissions include new works for the Kennedy Center with the National Symphony Orchestra, The Harris Theater and the Chicago Architecture Biennial in collaboration with architect Steven Holl, the Dallas Museum of Art, and the Guggenheim Museum for its Works and Process series. For opera, Lang made her directorial debut creating Pergolesi’s Stabat Mater at the 2013 Glimmerglass Opera Festival, which will be performed by her company as part of Lincoln Center’s White Light Festival in fall of 2017.  In 2016 she choreographed San Francisco Opera’s production of Aida, directed by Francesca Zambello which will be performed by Washington National Opera and Seattle Opera in the 2017/18 season. She was a 2015 New York City Center Fellow and a 2016 Fellow at NYU Center for Ballet and the Arts. In 2017, Lang is the Emerging Movement Artist in Residence for Dance Films Association. Lang, is a graduate of The Juilliard School under the direction of Benjamin Harkarvy, is a former member of Twyla Tharp’s company, THARP!