NEW YORK (January 23, 2019) – The Intrepid Sea, Air & Space Museum welcomed more than 1 million guests during 2019, marking the eighth straight year of reaching the milestone dating back to 2012. The Museum also ranked No. 8 on TripAdvisor’s list of the top 10 most popular attractions in the United States.

Among the many 2019 highlights were a year-long celebration of the 50th anniversary of the Apollo 11 mission highlighted through exhibits and programs, the introduction of a new Free Fridays series to further engage the local community, an expanded and enhanced exhibit, Kamikaze: Beyond the Fire, and the launch of a new exhibition, Navy Cakes: A Slice of History.

“This was an extraordinary year for the Intrepid Museum. We delivered impactful educational programming, unique public events, compelling new exhibits, and expanded our access initiatives,” said Susan Marenoff-Zausner, the Museum’s president. “A sincere thank you to our visitors from New York and all around the world. We are grateful for the opportunity to deliver the intersection of history and innovation in engaging and exciting ways.”

Accessibility remains a top priority for the Intrepid Museum. In recognition of that commitment, the Museum was awarded a coveted National Leadership Grant from the Institute of Museum and Library Services, which will allow the institution to work with other national historic site museums and disability advocates to improve the museum experience for the millions of individuals with disabilities.

The Museum’s robust access work was featured on the website for Charity Navigator, the largest independent charity evaluator and leading donor advocate.

Indicative of its responsibility to those who have served our country, the Museum hosted veterans and military spouses at its inaugural Veterans Job & Resource Fair. The event, presented by Bank of America, included over 50 organizational partners that connected veterans and military spouses to employment and networking opportunities. The job fair was one of many programs conducted by the Museum for veterans – both in-person and virtually.

The Museum once again received a grant from the National Endowment for the Humanities (NEH) to deliver a two-week Summer Institute in July of 2020, entitled “The Cold War through the Collections of the Intrepid Museum.” NEH Summer Seminars and Institutes allow K-12 teachers an opportunity to enrich and revitalize their teaching.

The Intrepid Museum has an exciting lineup of educational and public programs, new exhibits, festivals, ceremonies and experiences in store for 2020. The centerpiece is a large-scale exhibition, debuting in June, which looks back at the history of the Space Race and touches on the present and future of space exploration through objects, artifacts and interactives.

Other highlights include the acquisition and restoration of a Douglas F4D Skyray for the Museum’s aircraft collection, new virtual reality experiences, the continuation of the Free Fridays series, and dozens of compelling public and educational programs aimed at all audiences.

The Intrepid Sea, Air & Space Museum is a non-profit, educational institution featuring the legendary aircraft carrier Intrepid, the space shuttle Enterprise, the world’s fastest jets and a guided missile submarine. Through exhibitions, educational programming and the foremost collection of technologically groundbreaking aircraft and vessels, visitors of all ages and abilities are taken on an interactive journey through history to learn about American innovation and bravery. 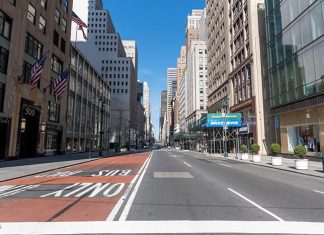