IFC Center to Host 2nd Annual WHAT THE FEST!? 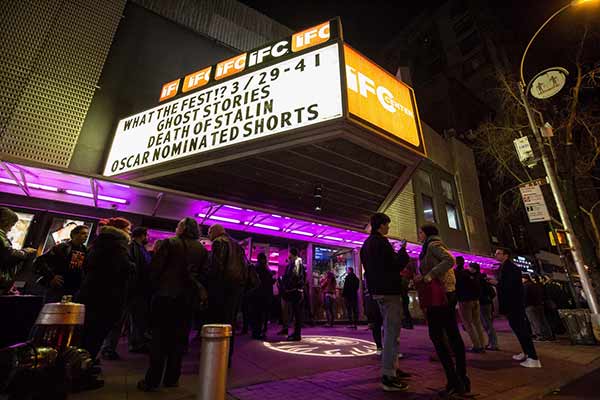 (New York, NY | January 18, 2019) The IFC Center is proud to announce the second annual What the Fest!? (www.whatthefestnyc.com), a four-day showcase of outrageous content — from sci-fi to horror, fantasy, and beyond — taking place March 21st – 24th, 2019. The full slate of films, events, parties, and more will be released later on in February.

What the Fest!? takes “genre film” into a broader, more inclusive scope, celebrating not only horror films but also cerebral shockers, offbeat delights, and all-around singular cinematic experiences. As in its inaugural year, the second edition of What The Fest!? will be more than just film screenings; it will be a must-experience event that brings people together to have a great time. The festival’s opening night will feature a party for ticket holders at Jekyll & Hyde, with nightly events continuing at the official festival lounge, Vol de Nuit, around the corner from the theater on West 4th Street.

Highlights from last year’s festival included opening night film REVENGE by Coralie Fargeat, preceded by Swarm Lab head Simon Garnier’s presentation on predators, and Jared Harris in person to screen a sneak preview of the supernatural horror series The Terror. The 2018 edition also boasted the world premiere of genre legend Frank Henenlotter’s documentary BOILED ANGELS: THE TRIAL OF MIKE DIANA, which went on to win the festival’s Audience Award, and a closing night presentation of NYC local heroes Glass Eye Pix’s THE RANGER, directed by Jenn Wexler, with a surprise performance by the punk band featured in the film.

What the Fest!? will again be programmed by Creative Director Maria Reinup, a veteran film programmer who believes that festivals are at their best when giving audiences an experience they can’t find anywhere else. Working in the film industry for the past decade in her native Estonia and around the world, Reinup has served as Director of the Haapsalu Horror and Fantasy Film Festival, the only genre film festival in the Baltics, for seven years. Additionally, she programs the Black Nights Film Festival, the only A-list art house festival in Northern Europe. Over the years, she has also worked for several other notable film festivals and has produced and directed short films and music videos. The programming team is rounded out by Programmer Matt Kiernan, a longtime genre industry insider who also serves as Brand Manager for the Fantasia International Film Festival and Senior Programmer at the Lighthouse International Film Festival.

“Our first year of the festival was truly a blast,” says Reinup. “The way that audiences responded was amazing, and we’re all sure that What The Fest!? is here to stay. The 2019 edition is going to be even merrier, and we welcome all those curious about the darker side of cinema to join us again for a one-of-a-kind What The Fest!? experience!”

More announcements about the What the Fest!? slate will be coming your way in the following weeks leading up to the festival.

About What the Fest!?

Much of the most innovative and exciting cinema on screens today comes out of the universe of genre films – movies that are entertaining, surprising and sometimes shocking. Fantastic films that upend conventional limitations to help us escape reality and harbor deeper ambitions to thrill smart audiences. What The Fest!? is for the creative and curious looking for a community in which to share experiences and have a blast together. From cerebral shockers to singular cinematic experiences to unforgettable special events, What The Fest!? is more than just movies, it is an experience. 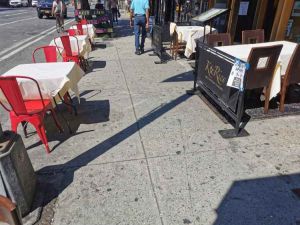