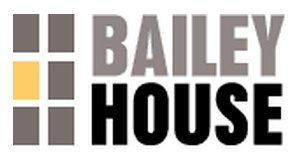 Creating One Of The Largest Providers Of HIV/AIDS Housing, Primary Care, And Comprehensive Services In New York City

The combined organization will accelerate progress toward ending the AIDS epidemic in New York by 2020 and will create a dynamic, new housing enterprise.

“For more than 30 years, Bailey House has been a leader in providing housing and essential support services to individuals and families living with HIV/AIDS and other chronic illnesses,” said Charles King, co-founder and CEO of Housing Works. “This merger builds on Gina Quattrochi’s dynamic legacy of vigorous advocacy on behalf of New Yorkers with and affected by HIV/AIDS and continues the evolution of the Bailey House mission.”

The merger creates a new housing operations and development enterprise, which will retain the Bailey House name. Andrew Coamey, who previously served as Housing Works’ Senior Vice President for housing development, operations, and facilities, will serve as the executive director. Clients from both Housing Works and Bailey House will have access to expanded service offerings, including primary medical care. Housing Works will also extend its Federally Qualified Health Center to include Bailey House’s behavioral health program in East Harlem.

“With the merger complete, we are excited to unite forces with Housing Works to bolster service offerings for people with HIV/AIDS in New York City,” said Daniel W. Tietz, CEO of Bailey House who will step down after an initial integration period. “This will grant us the ability to jointly develop new, ground-up supportive and affordable housing under the Bailey House brand. Together, we will help more low-income New Yorkers achieve the best possible health outcomes by expanding housing, healthcare, and behavioral health services for New Yorkers most in need.”

“Housing Works and Bailey House have a long and deep history of partnership,” said Housing Works President Matthew Bernardo. “This merger brings renewed focus to ending the HIV/AIDS epidemic in New York by 2020 and accelerate our efforts to improve access to housing, primary care, and mental health services in the state and across the country,”

About Bailey House: For 35 years, Bailey House has been a leader in providing housing and essential support services to individuals and families with HIV/AIDS and other chronic illnesses. A subsidiary of Housing Works, Bailey House operates a service center in East Harlem offering OMH- and OASAS-licensed behavioral health clinics, Health Home care management, a food pantry, and expanded housing resources to include scatter-site and transitional units for a variety of populations, including U.S. military veterans and young adults, in addition to those with HIV/AIDS.