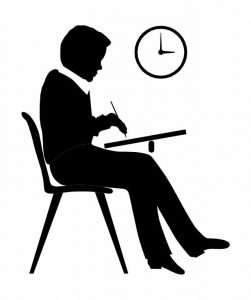 NY Governor Andrew Cuomo announced that New York State School Districts would be allowed to reopen based upon the threshold set by the State where each region’s health metrics were concerned. Yet, the final say would not be Mr. Cuomo’s but rather that of the NY State Department of Health. It would depend upon that department’s approval as well as the Board of Regents.

The announcement came during his tele-press briefing today.

One, that each school district present a plan online detailing their testing, contact tracing and remote learning approach.

The second task would be that which the Governor has spoken about repeatedly over the past weeks and months. Parents need to be part of the equation. They need to be spoken to as with the teachers.

“This is not really a bureaucratic decision. It’s a parental decision,” the Governor would end by saying.

Governor Cuomo this afternoon (following the audio below is the related transcript):

“On schools, today is the deadline to look at the infection rates and make a determination. By our infection rates, all school districts can open everywhere in the state. Every region is below the threshold that we established which is just great news. Let me say it this way: You look at our infection rate; we are probably in the best situation in the country right now – as incredible as that is. If anyone can open schools, we can open schools. That’s true for every region in the state. Period.

Again, we’re going to watch the infection rate between now and the day that schools open. If there is a spike in the infection rate, if there’s a matter of concern in the infection rate, then we can revisit it. But for planning purposes, they can reopen. They then go to step 2, right, which is the local school district has to come up with a plan and they have to deal with their parents and teachers, which is going to be a more complicated issue than I think many of them fully appreciate. I have been deluged with calls from parents and teachers, and there’s a significant level of anxiety and concern. And I’ve said a number of times, these school districts have to be talking to the parents and talking to the teachers, because if the teachers don’t come back, then you can’t really open the schools. If the parents don’t send their students, then you’re not really opening the schools.

So, to facilitate that I want the school districts to do two things: one, I know where the bulk of the questions are coming from. A set of questions that I have from a policy matter is remote learning and the equity in the remote learning process. We’ve learned from the experiences we’ve had during COVID that remote learning can be quite unequal given the demographics and given the circumstances. So, I’m going to ask the school districts to post their remote learning plan on how they’re going to do remote learning, to the extent they are, if they are, in their district. Also, there’s been a lot of questions about testing. Most of the plans will say a student comes in, temperature check and if the student has a temperature they have to be tested. What does that mean? How is the student tested? Where is the student tested? If there are 20 students who have a temperature on day 1, how do you get those students tested? Where do you get them tested? What happens in the interim? Teachers also want to know how a teacher can get a test and how would that be done.

Different school districts have different theories, but that question of testing for students and teachers is a high-level of concern to facilitate that dialogue, I want the school districts to post their “testing plan” for their school district. So whenever they talk about testing, how will you do? That’s what the parents want to know. How quickly will it be done, etc.? So that’s a second component of the plan that should be posted on the website. And the third are the questions around contact-tracing in the schools. So, if a student tests positive in a class. Tests positive, so the student came in, the student had a fever, the student then got tested. What is the contact tracing for that positive? Do you test the class? If the student goes to a number of classes, how do you do it? And how will the school do contact-tracing for the school? Will the schools ask the local government to do it with the school last the local health department to do it? But these three areas are the highly questioned areas, almost across all school districts: remote learning; how do you do testing; how do you do contact-tracing?

Second, I’m asking all the schools districts to have discussions with the parents. There should be at least three discussion sessions with parents, where the parents are given notice. It can be online, however it works for the local school district, but they have to communicate with the parents and explain the plan and answer the questions of the parents. Not every parent can make any one day so the school district should have three opportunities between now and August 21st. And they publicize them and say here are the three days and parents can participate online – however they do it – but parents need an opportunity to be heard. And the schools should welcome the opportunity to actually explain the plan.

For the big five school districts, I’d like them to set up five sessions between now and August 21, just because there are more parents and you want to give parents an opportunity to ask a question. You’ll have thousands of parents so even five is, I don’t think, overly exhaustive and I don’t know how many questions you can get to but the more dialogue the better. I’m also asking the school districts to set up at least one discussion just with the teachers where they go through the plan and everybody is in one conversation: teachers, administrators, and they discuss exactly what is in the plan and if the teachers have questions or concerns, let’s get them aired and let’s get them in a point where everybody is hearing the same thing.

So, good news: all schools can reopen. Again, we have the best infection situation in the country. If any state can do it, this state can do it because we’ve been smart from day one. We do the masks; we do the social distancing; we’ve kept that infection rate down, and we can bring the same level of intelligence to the school reopening that we brought to the economic reopening. Our school guidance has been touted as the smartest as the country. Our economic reopening guidance was the smartest in the country. So, if anyone can do it, we can do it. But we have been successful because we’ve been smart and we have to continue to be smart. And with the school districts, I want those two tasks performed.