Genesis of American Guitar Exhibition at the Metropolitan Museum of Art

Genesis of American Guitar to be Explored 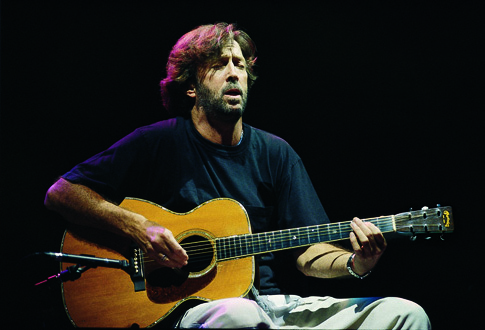 Thirty-five rare guitars that illustrate the early history of the instrument in America will go on view at The Metropolitan Museum of Art, beginning January 14. Drawn from the Museum’s own holdings as well as from the Martin Guitar Museum in Nazareth, Pennsylvania, and several private collections, Early American Guitars: The Instruments of C. F. Martin will trace the birth of the American guitar by shedding light on the contributions of Christian Frederick Martin, a German immigrant who invented a uniquely American form of the guitar in the first half of the 19th century. The exhibition will highlight the largest collection of instruments by this renowned maker ever to be displayed publicly, including the earliest known guitar signed by Martin, the earliest established guitar with his famed X-braced construction, and several extraordinary decorated examples of his work. Also on view will be a 1939 guitar made by Martin Guitar that was played by Eric Clapton on MTV’s Unplugged series in 1992, representing the long trajectory of guitar building by the company founded by Christian Frederick Martin.

The exhibition is made possible by The Martin Guitar Company.

The exhibition draws from recent research that establishes the influence that Spanish guitars from the region of Andalusia had on Martin, who was trained in the Viennese school of instrument building. Martin used elements from both traditions to develop his own model that constituted a distinctly American style of building guitars. Included in the exhibition will be guitars from the Austro-German and Spanish guitar makers who influenced Martin’s designs, as well as comparative examples by American makers who were contemporaries of Martin. Early American Guitars: The Instruments of C. F. Martin coincides with the publication of this new information in the book Inventing the American Guitar (Hal Leonard Books, 2013).

Born in 1796 to a cabinet maker in Markneukirchen, Saxony, Christian Frederick Martin learned to build guitars in the style of Johann Georg Stauffer in Vienna. Due to the restrictive guilds in Markneukirchen, Martin left his country in 1833 and settled first in New York City, then moved to Nazareth, Pennsylvania. In the United States, he encountered the Spanish-style guitar of the type that was made in the southern Spanish region of Andalusia. In a remarkable period of about 20 years, Martin went from building guitars in the Viennese tradition to encountering and copying Spanish-style guitars, to developing an original design that borrowed from both traditions and ultimately set a course for all American guitar-making that followed.

In addition to his legacy as a craftsman, C. F. Martin also founded a guitar company in Nazareth that continues to be family-owned today. The company has been one of the most influential firms in American music for 180 years.

The installation is organized by Jayson Kerr Dobney, Associate Curator in the Department of Musical Instruments at The Metropolitan Museum of Art.

Related education programs will include How Did They Do That?; Early American Guitars programs for all ages on March 8 and 9; and a Sunday at the Met presentation on March 16.