Fantastic Beasts and Where to Find Them – A Film Review

Fantastic Beasts and Where to Find Them 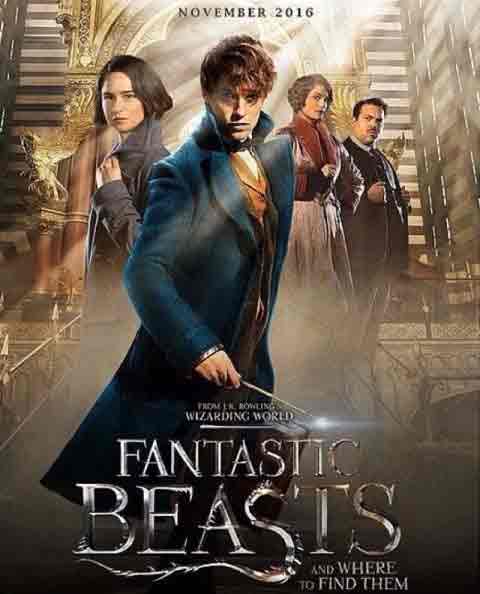 We’d gone about this viewing through a BluRay rental considering the negative reviews it’d gotten whilst it was still in the theater. Ticket prices these days aren’t exactly dropping and with the way Hollywood deals out crap these days one’s got to keep an eye on one’s wallet.

So, where do I begin? Can’t say that it’s easy disseminating this film in a way as to pinpoint where exactly it went wrong, because honestly? It took one too many wrong paths from its beginning to its long awaited end; an ending which by the way went kicking and screaming out the door.

What we’ve got in Fantastic Beasts is a perfect example of how to royally screw up something that could have been great. It COULD have been great, but ended up being far from it!

To surmise it in a word? Boring! Scenes which should have had one on the edge of their seats felt flat. Scenes which could’ve been laugh inducing visual gags weren’t. The performances from real life and CGI created characters felt equally lost as if at times they weren’t even aware they were in the same location as each other; and God help us with the musical score. It’s pathetic enough when the music’s heading in a direction contrary to the emotional effect wished upon by the filmmakers.

Not even halfway through this film we were aching for its finish and wondering aloud if the director was at fault. We weren’t entirely sure then and we’re still not fulyy sure now. A truly sad thing considering the awards won by David Yates for his role in directing those last great Harry Potter achievements. Yet I can’t help but think about how the ‘Potter’ troupe’s been doing it for years, and so, how hard could it be for someone to come along and pick up on the directing job, aye? Not that I’m looking to hound on poor Mr. Yates, but come on, the performances in this film were oftentimes aloof and lost; not merely from the main cast of characters but as well from much of the supporting cast. Of course one might say the screenplay’s at fault as well but wouldn’t that be half the job? Isn’t it in the end up to the director to put the finishing touches on how these actors go about their related business?

To sum it all up, if you’re at all curious about this film then save yourselves the money and wait for its showing on free television or cable. Just ain’t worth it!