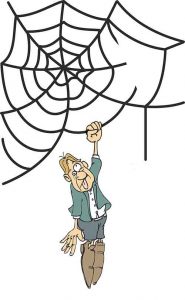 Below would be the response I’d gotten from Facebook after reporting a video posted of a snake attacking and eating a puppy. The numbers of those in an uproar over the posting numbered in the thousands or tens of thousands. So I think I can say sans contradiction that quite a percentage of these had followed another’s suggestion in reporting the video.

I’ve said it in the past and now I’m even more convinced than ever. Facebook’s days are numbered. Between the Ad nauseam flood of crappy ‘fake’ news + sensationalizing posts and the huge rise of advertising we’ve seen within this social media outlet I can easily envision someone coming along with a better solution. Not that I myself will be leaving Facebook anytime soon, I won’t. But, like anything else that strays from the universally understood realms of decency, FB is bound to crumble and destroy itself from within and without; regardless of what their stock price numbers might be.

Thanks for letting us know about this. We’ve reviewed the video, and although it doesn’t go against any of our specific Community Standards, you did the right thing by letting us know about it. We understand that it may still be offensive or distasteful to you, so we want to help you see less of things such as this in the future.

From the list above, you can block ~~~~~~~ directly, or you may be able to unfriend or unfollow them. We also recommend visiting the Help Centre to learn more about how to control what you see in your News Feed. If you find that a person, group or Page consistently posts things that you don’t want to see, you may want to limit how often you see their posts or remove them from your Facebook experience.

We know that these options may not apply to every situation, so please let us know if you see anything else that you think we should take a look at.