Nicole Atkins kicks off the 2014 Mad. Sq. Music: Oval Lawn Series. Atkins, a New Jersey native, was recognized shortly after her debut by Rolling Stone as one of the top ten artists to watch in 2006. Known for her “smoky vocals and dishy delivery,” Atkins has been the recipient of three Asbury Music Awards in 2002 for “Top Female Vocalist,” “Best Solo Act,” and “Song of the Year,” as well as an ASCAP award in 2005. Atkins’ latest album, Slow Phaser, was recently released in January of 2014 and has received critical acclaim from The Daily News, The Boston Globe, American Songwriter, Paste Magazine and many others.

Ester Rada pulls from her Ethiopian-Israeli roots to mix music genres in a way that is described by critics as “gracefully combining Ethio-Jazz, Urban-funk, Neo-Soul and R&B.” With musical influences such as Nina Simone, Ella Fitzgerald and Aretha Franklin, Rada has a unique take on soul that has already earned her recognition globally. Rada has also been nominated for the MTV EMA awards “Best Israeli Act,” cementing her rise into the international soul music world.

Maya Azucena is not only a celebrated singer-songwriter but a humanitarian, cultural ambassador, and activist who often lends her talents to causes such as natural disaster relief funds, breast cancer walks and domestic abuse awareness. She has collaborated with many artists, including Stephen Marley on his Grammy-winning album, Mind Control, which in turn earned her a Grammy certificate.

The SteelDrivers are a bluegrass group that is anything but conventional. They smartly mix contemporary influences with traditional bluegrass sounds to create something new and wholly unique. The SteelDrivers have been nominated for a plethora of awards since the release of their first two CDs, The SteelDrivers (2008) and Reckless (2010), including three Grammys, four IBMA awards and the Americana Music Association’s New Artist of the Year award.

Opening the night is Cricket Tell the Weather, winners of the 2013 MASS MoCA FreshGrass Award for emerging bluegrass talent, is made up of Andrea Asprelli (fiddle), Jason Borisoff (guitar), Doug Goldstein (banjo), Jeff Picker (bass), and sometimes joined by Dan Tressler (mandolin) and Hans Bilger (bass). They weave rock, chamber ensemble elements, and pop into their progressive bluegrass songs, forming a new and exciting sound that music lovers from all walks of life will enjoy.

Two years ago, John Fullbright released his debut studio album, From the Ground, to a swarm of critical acclaim, including a Grammy nomination for Best Americana Album. Known for his riveting live performances and exquisite songwriting, this native Oklahoman is planted firmly in the Americana and folk genres. His music harkens back to artists such as Woody Guthrie, Townes Van Zandt, Mickey Newbury, Jimmy Webb, and Randy Newman, but Fullbright has a distinct style that is all his own.

French-American Jazz pianist Jacky Terrasson’s relationship to the piano has been compared to “Lebron James’ relationship to a 10 foot high basket. . . They could dunk in their sleep,” (JazzTimes). Jacky’s music draws on the vast influences of himself and his band members, running the gamut from the swing music of the early 30s to the hard driving funk of the 70s, all with an intangible “joie de vivre” that only Terrasson can emote.

Jon Cleary is a seasoned funk and R&B pianist, vocalist and songwriter based in New Orleans. Born in London, Cleary fell in love with the music of Louisiana when he was only seventeen years old, evident in his songs that intertwine uniquely New Orleans-infused compositions with jazz, blues, boogie-woogie, R&B and ’70s funk. This engagement will premiere Jon’s exciting new band and give the Madison Square Park audience a sneak preview of the music from his forthcoming release entitled, Pump It Up.

FORRO IN THE DARK

Forro in the Dark, as their name implies, is a band made of Brazilian ex-pats who play fun, upbeat, forro music in both English and their native Portuguese. Forro is described by the band as “hip-swiveling, dancefloor-filling, rural party music of Brazil’s northeastern states.” Forro in the Dark use their intrinsic talent and creativity to bring the genre of forro into the present while respecting and paying homage to its roots.

Debo Band is a group that has cultivated the musical marriage of Ethiopian pop with American and Ethiopian funk and soul. The New York Times said of their style, “…, a Boston group devoted to the Ethiopian funk of the late 1960s and ’70s: fierce, jagged, complex and galvanizing music. With a beefy horn section, biting violins and a lead singer with a convincing Ethiopian quaver, the group brought back a live version of a style that was never recorded as vividly.”

Closing out the 2014 Oval Lawn Series is Sister Sparrow & The Dirty Birds, a “…rollicking blend of soul, funk and backwoods Americana rock ’n’ roll, which draws even indifferent hipsters onto the dance floor.” (New York Daily News). With Sister Sparrow’s powerful voice and The Dirty Birds thunderous grooves and soaring melodies, the band gives a performance that can only be described as explosive. 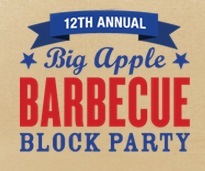