Downtown Brooklyn is evolving and changing rapidly with a surge of new development, but will these changes give us the downtown we all desire? This panel will explore the future of Downtown Brooklyn with the 2004 Special Purpose District Zoning Resolution as the starting point. We will explore the goals of the rezoning, assess the results so far, and then turn to a panel of experts, including Ryan Grew (Downtown Brooklyn Partnership), Hilda Cohen (Make Brooklyn Safer), and Michael Cox (Assistant Director, Office of Community Affairs, NYU), for a discussion touching on key issues still critical to Downtown Brooklyn’s future. 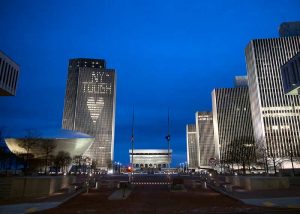