At the PARK AVENUE ARMORY 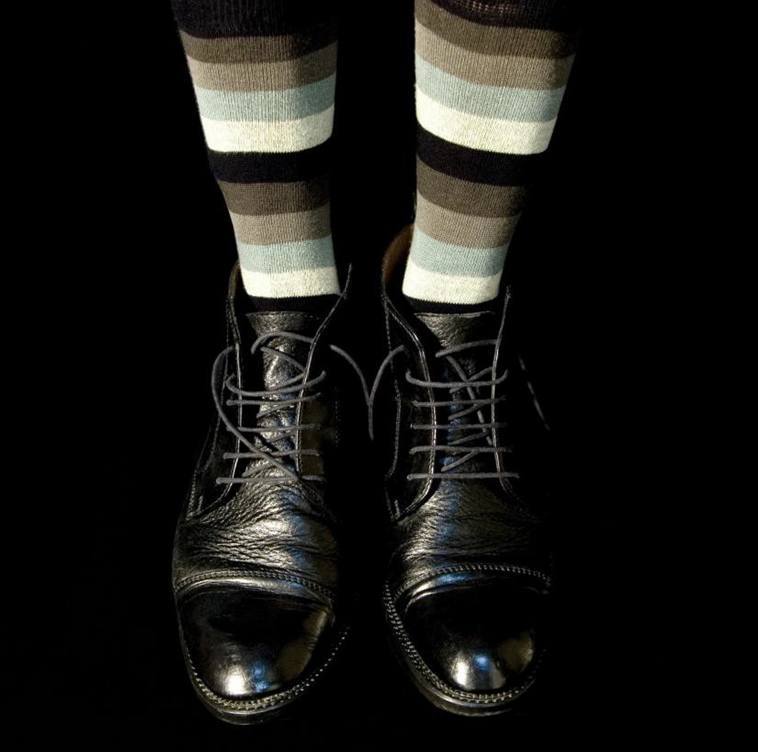 Admission is $30. Student admission is $20 with a valid student ID. No advance purchase is required. Tickets will be available at the door. The AIPAD Membership Directory and Illustrated Catalogue is $20. For more information, the public can contact AIPAD at 202-367-1158 or [email protected] or visit aipad.com.

New York – Celebrating its 35th edition, The AIPAD Photography Show New York, one of the world’s most highly anticipated annual photography events, will be held April 16-19, 2015, at the Park Avenue Armory. Presented by The Association of International Photography Art Dealers (AIPAD), the fair is the longest-running and foremost exhibition dedicated to the photographic medium.

Eight-nine of the world’s leading fine art photography galleries will present a wide range of museum-quality work, including contemporary, modern, and 19th-century photographs as well as photo-based art, video, and new media. The Show will commence with an opening night gala on April 15 and for the first time will benefit the 92nd Street Y.

“Since 1980, collectors have depended on the expertise of AIPAD galleries,” said Catherine Edelman, president of AIPAD and director of the Catherine Edelman Gallery. “We are honored to present the 35th edition of the Show, which has evolved to become the go-to art fair for photography collectors at all levels.”

The AIPAD Photography Show New York will feature galleries from across the U.S. and around the world, including Europe, Asia, and South America. New exhibitors this year include Les Filles du Calvaire, Paris, and See+ Gallery, Beijing.

Latin American photography will be a highlight at the 35th edition of The AIPAD Photography Show New York. Work by contemporary Cuban artists, many never seen before in the U.S., will be on view at Robert Mann Gallery, New York. The gallery is showing the photographs in conjunction with their spring show, The Light in Cuban Eyes, which coincides with AIPAD. A book of the same name is being published by Lake Forest Press in March.

The Cuban-born artist Mario Algaze is known for his observant and witty street photography made in major capitals throughout Latin America. Several of his striking urban landscapes from Cuba and Peru made between 1999 and 2002 will be on view at Throckmorton Fine Art, New York.

Lisa Sette Gallery, Phoenix, AZ, will present a one-person exhibition of the work of Luis González Palma, who “portrays the soul of a people” in his portraits of individuals of Mayan descent and others of mixed heritage in his native Guatemala. Using a range of exotic photographic techniques, collage elements, and painted surfaces, he seeks to find a balance between magical realism and concretism, which uses mathematical, graphic, and spatial elements. The work has recently been published in a new book by La Fabrica, Madrid, available in the U.S. in February.

An iconic 1919 portrait of Georgia O’Keeffe by Alfred Stieglitz will be on view at Edwynn Houk Gallery, New York and Zurich. In the early 1970s, Melissa Shook took one self-portrait a day over the course of a year. These intimate “selfies,” exhibited by Joseph Bellows Gallery, La Jolla, CA, reveal an arresting range of expression.

In the late 1960s and early 1970s, Katsumi Watanabe photographed bar hostesses, drag queens, and gangsters in Shinjuku, a section of Tokyo which lays claim to the busiest train station in the world. Watanabe worked as a “drifting portrait photographer” who would ask his subjects if they would like to buy portraits of themselves and would then return with the photographs the next day. When the Tokyo National Museum of Modern Art first showed his work in 1974, he began to travel around the world, but he always returned to Shinjuku. His portraits will be shown at Taka Ishii Gallery, Tokyo.

Spanish greyhounds have been used for centuries for hunting hares across the open plains of Spain during the winter months and have been revered in painting and literature. Today they are frequently abandoned, abused, or killed at the end of each hunting season. Martin Usborne’s photographs, documenting the fortunate dogs who have been rescued, will be on view at Lee Marks Fine Art, Shelbyville, IN. The Russian artist Gregori Maiofis works with a live bear and a ballet dancer to create surreal and whimsical scenes based on proverbs. An antique process known as bromoil gives the prints an added dimension of otherworldliness; they can be seen at Peter Fetterman Gallery, Santa Monica, CA.

A dramatic landscape taken 0in Beijing by Lois Conner in 1985 will be exhibited at Gitterman Gallery, New York. The ancient monolithic statues at Easter Island are the subject of new work by Reenie Barrow at Robert Burge/20th Century Photographs, New York. Richard Misrach’s view of a palm tree will be exhibited by Etherton Gallery, Tucson, AZ.

Recently discovered contact prints by Margaret Bourke-White of burlesque dancers taken in 1936 will be the focus at Daniel Blau, London and Munich.

Other photography on view at AIPAD will include a memorial group of work by modern master Ray K. Metzker, who died at age 83 in October 2014. His classic images will be exhibited at Laurence Miller Gallery, New York. Early work from the 1970s by Sandy Skoglund, a pioneer of staged photography, will be on view at Paci Contemporary, Brescia and Porto Cervo, Italy. An iconic image, Hockney Painted this Pool, a 1980 archival pigment print by Bill Owens, which was included in the photographer’s famous Suburbia series and book, will be exhibited by PDNB Gallery, Dallas. Barry Singer Gallery, Petaluma, CA, will show work from Ansel Adams, Brett Weston, and W. Eugene Smith.

The AIPAD Photography Show New York will run from Thursday, April 16, though Sunday, April 19, 2015, at the Park Avenue Armory at 67th Street in New York City. Show hours are as follows:

An opening night gala for The AIPAD Photography Show New York will be held on Wednesday, April 15, 2015, from 5 to 9 p.m. at the Park Avenue Armory to benefit the 92nd Street Y. Tickets for 5 p.m., which include two single-day tickets and one copy of the AIPAD Membership Directory and Illustrated Catalogue, are $250 each. Tickets for 7 p.m., which include a one-day Show pass, are $150 each. To order tickets, please go to gala.aipad.com.

ABOUT AXA ART, THE PREMIER CORPORATE PARTNER OF AIPAD

International reach, unrivalled competence, and a high-quality network of expert partners distinguish AXA Art, the only art insurance specialist in the world, from its generalist property insurance competitors. In the past 40 years and well into the future,

AXA Art has and will continue to redefine the manner in which it serves and services its museum, gallery, collector, and artist clients across Asia, America, and Europe—with a sincere consideration of the way valuable objects are insured and cultural patrimony protected. For more information, visit www.axa-art.com. Global Media & PR Contact: Rosalind (Roz) Joseph, [email protected], 718-710-5181.

Now celebrating its 140th Anniversary, 92nd Street Y is a world-class, nonprofit cultural and community center that fosters the mental, physical, and spiritual health of people throughout their lives, offering: wide-ranging conversations with the world’s best minds; an outstanding range of programming in the performing, visual, and literary arts; fitness and sports programs; and activities for children and families. 92Y is reimagining what it means to be a community center in the digital age with initiatives like the award-winning #GivingTuesday, launched by 92Y in 2012 and now recognized across the US and in a growing number of regions worldwide          as a day to celebrate and promote giving. These kinds of initiatives are transforming the way people share ideas and translate them into action both locally and around the world. More than 300,000 people visit 92Y annually; millions more participate in 92Y’s digital and online initiatives. A proudly Jewish organization, 92Y embraces its Jewish heritage and welcomes people of all backgrounds and perspectives. For more information, visit www.92Y.org.

Founded in 1979, The Association of International Photography Art Dealers (AIPAD) represents more than 120 of the world’s leading galleries in fine art photography. AIPAD is dedicated to creating and maintaining the highest standards of scholarship and ethical practice in the business of exhibiting, buying, and selling fine art photography. More information is available at aipad.com.