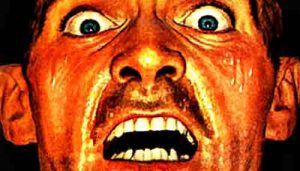 Experience eight tales of terror — all written by the grandmaster of 20th-century horror himself, H.P. Lovecraft — in this chilling “cult hit in the East Village” (The New York Times) presented at Kraine Theater. The award-winning Radiotheatre brings Lovecraft’s spine-tingling stories to life on stage in this radio-style production, complete with a gifted cast of storytellers, an original orchestral score and a plethora of ingenious sound effects. Critically acclaimed by Time Out, Variety and NYTheatre.com (which called the show “an indie theatre masterstroke”), your evening of terrifying tales include Lovecraft faves like “The Call of Cthulhu,” “The Rats in the Walls,” as well as deep cuts like “The Unnamable” and “The Beast in the Cave.” See the full event description for the program schedule.