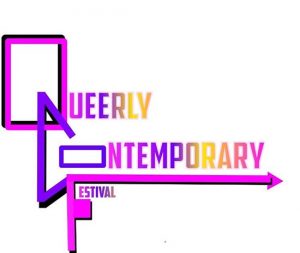 Zullo/RawMovement presents the Queerly Contemporary Festival on Saturday, June 9, 2018 at 7:30pm at City Center Studio 4, 130 West 56th Street, NYC. Doors open at 7pm for a gallery exhibit with works by Ricardo Francis. Tickets are $20 and can be purchased at https://www.zullorawmovement.com/.

Queerly Contemporary Festival is designed to highlight, support, and present the diverse voices of innovative LGBTQ+ artists working in dance & performance today. The Festival platform presents a roster of artists creating intrinsically Queer works investigating a broad range of interests, concepts and experiences in their works. The Festival aims to bring emerging and established artists together with new audiences to share an intimate experience where the artists are encouraged to take risks and push boundaries in their works, as well as foster new connections with other artists and broader audiences for their work as a celebration of Queer creations, movement and bodies during Pride month.

Atlanta-born native and Brooklyn resident Deborah Conton continues to spread healing work via dance, spirituality, and writing. As a child, her inquisitive mind drew her towards her mother’s vast musical influences. During her teen years, this intensity drew her to Atlanta’s nightlife where she developed a love for House Music and House Dance, alongside the Club Culture. House Dance continues to be a conduit throughout her journey. She is also part of a Brooklyn-based dance collective known as Afro Mosaic Soul.

Her journey has led her to create workshops with Collage Dance Collective in Memphis, performing with the CUNY Dance Initiative program, Movement Research artist for their Fall/Winter 2017 series, Girls Be Heard, BHGHNY (Boys Hope Girls Hope New York), Yeah! That’s What She Said, Center For Performance Research’s Spring Movement Series, Women of Color in Solidarity Conference, and Sisterhood Summit (an annual event which focuses healing through the arts for Women of Color).

Jacqueline (Jacqui) Dugal is a Queens, NYC based dancer, choreographer, and educator originally from West Palm Beach, Florida. Received a BFA in Dance Performance from The University of South Florida and launched Dugal Dance Projects in 2016. Jacqui has studied and performed abroad in France, Italy, Trinidad & Tobago, and Mexico. In New York, they have performed with The Von Howard Project, Roschman Dance Company, Michiyaya Dance, and Impact Movement Collective. Their choreographic work showcased in France, Florida, New York, North Carolina, Michigan, and Trinidad in various festivals and showcases including the COCO International Dance Festival. Jacqui has been commissioned by Steffi Nossen Dance Foundation, The International Human Rights Arts Festival, awarded Director’s Choice at Spoke The Hub’s Winter Follies 2016, selected for Mare Nostrum Elements Emerging Choreographer’s Series as a 2016 participant and Returning Choreographer in 2017, and is a Queens Council on the Arts grant recipient.

Aaron McGloin, an Arizona native, graduated from Arizona State University with a BFA in Choreography. Over the past decade he has had the privilege of performing with companies throughout Phoenix, Chicago, and NYC including CONDER/dance, Aerial Dance Chicago, Christopher Williams, and Project 44. He formed Aaron McGloin Dance in 2008 with a mission to create honest and ambitious art with an eclectic sensibility. His choreography has been presented in New York, Philadelphia, Baltimore, Atlanta, Phoenix, Chicago, Seattle, and Kalamazoo, and you can catch him teaching classes at high schools, colleges, and private and professional studios throughout the country. For more information and to connect with AMD check out www.aaronmcgloindance.com.

Joe Monteleone the “Andy Warhol of modern dance” (The Moving Beauty Series) is “A one-man-band soloist and choreographer – who mixes his own music, video art, records monologues, and controls his own lighting – the rare control freak who can do it all” (Huffington Post).  His multimedia solo work and company (Monteleone Dance) have been presented extensively in New York City, nationally and internationally to great acclaim, listed in the Huffington Post’s “Best Dance Performances of 2017“. Joe is at the forefront of movement innovation with his “Extraordinary . . . confined explosive physical force and motion-filled movement variety” (Critical Dance), a hyper-dexterous movement vocabulary that illustrates Maya, the world of forms and illusion. ”

Far and away the most moving and meticulous dancer to take the stage” (Phoenix New Times), Joe incorporates this cutting-edge movement style with his prose, sound design, and multimedia worlds to create cerebral dance theatre.

Christopher Unpezverde Núñez is a Costa Rican Brooklyn based interdisciplinary artist. He holds a BFA in Dance from The National University in Costa Rica.Núñez has performed internationally in Dominican Republic, Mexico, Nicaragua, El Salvador, Honduras, Peru, Costa Rica and USA.Some of the choreographers Núñez has worked with are Christophe Haleb, Mark Sieczkarek and Darryl Thomas. His choreography explores the Latin America diaspora, hyper masculinity, technological artifacts and gender identity to develop pieces with a curious taste for irreverence. Núñez is a Battery Dance Space Grant Recipient (NYC) in 2018, a Moving Borders Scholarship recipient (México) in 2014 and was awarded Best Performer by the National Theater (Costa Rica) in 2012. Most recently, his works have been presented at Panoply Performance Laboratory,  GreenSpace, InSitu Dance Festival, LaGuardia Performing Arts Center, Movement Research at The Judson Memorial Church and The Leslie Lohman Museum for Gay and Lesbian Art.

Gina T‘ai has been creating and crafting performances, dances, and spectacles for the better part of 20 years. She earned both her BA and MFA from Hollins University. Her work has been presented at Performatica, World Dance Alliance-Americas, The American Dance Festival (ADF), Center for Performance Research (CPR), Richmond Dance Festival, Milwaukee Fringe Festival, and beyond. She has presented research at the Self Employment in the Arts Conference, Congress on Research in Dance (CORD), and in the Winter/Spring 2017 issue of Contact Quarterly (CQ). She is one half of Distance Dances (DistanceDances.org) along with fellow Hollins alumna, Susan Honer. Ms. T’ai is on faculty at Beloit College in Beloit, WI.

John Zullo is the Artistic Director of Zullo/RawMovement since 2010 and is a choreographer, teacher, producer, curator and performer originally from the Bronx, NY. He graduated from American University in 1996 with a BA in Anthropology and 1999 with an MA in Dance. He performed with Regina Nejman, Erick Montes and Rebudal Dance where he served as rehearsal and associate director until 2008. He has taught, lectured and created works at various schools, colleges, and universities including Gibney Dance Center, College of Charleston, NYU, Emory, Western Michigan State, American University, Adelphi University, Greenwich Academy and many others nationally and internationally. Zullo has been awarded creation residencies at LaMaMa, FLICFest, The Field, Duo Multicultural Arts Center, and Cuny Dance Initiative. Zullo has facilitated 4 RawMovement summer workshops in NYC and produced the first RawMovementFestival in 2017. He has been invited onto the curatorial panel for INSITU Festival 2018 and initiated the

Queerly Contemporary Festival for LGBTQplus artists in 2018. His latest full evening work will premiere at City College Center for the Arts in February 2019.

Ricardo Osmondo Francis was born September 8, 1976 in Houston, Texas. He attended the High School for the Performing and Visual Arts and graduated from the Visual Arts department in 1994, and the Maryland Institute College of Art in Baltimore, MD, where he received a BFA in 1998 in painting. He was also a founding member of BLAFTCO, an alternative visual art group where Francis first began conceptualizing and developing large scaled art projects and art exhibits. Since 1992, he has created a wide variety of community based, innovative multi-media projects and exhibitions such as The New Museum (1994), Public Opinion (1996), and All Sizes/Real People (1997). In 2000 Mr. Francis developed his own visual arts company, called Apanamae Productions. At that time the artist produced solo exhibits for his own work such as “Exhibit A” (2002) and “New sKIN” (2003). Also as a writer and director, he has produced a number of major multi-media performance projects, some of which include “Que Hora Es?” (2002) And “The Anonymous Life” (2005). At the present time Francis is the Gallery Director of LeonidesArts NY, an artist run multi-media visual arts organization dedicated to presenting contemporary art exhibitions and/or public art projects that reflects a variety of distinct themes, disciplines, and cultural experiences outside of the conventional art gallery tenet. From 2011 to last year Francis previously developed and served as Curator in Residence for the 32 Jones Gallery at the Hudson Pride Connections Center in Jersey City, NJ. Francis also premiered “You Are Here” (2012) at the Brooklyn Community Pride Center in Brooklyn, NY where he served as the Curator in Residence for their community outreach programming in the visual arts. Francis has also contributed as an associate curator for “EVERYBOOTY” an annual one night multidisciplinary LGBT event at the Brooklyn Academy of Music since 2013. Awards received by Mr. Francis include a Level 1 Scholarship in Painting from both Musicfest and the National Foundation for the Advancement of the Arts, as well as the coveted Presidential Scholarship in the Arts on behalf of the White House Commission on Presidential Scholars. His work is in various private and corporate art collections around the US, and has been featured in publications such as Vibe and Swerv magazines, Callaloo: A Literary Journal of African Diaspora Arts and Letters, and Liberty, an expatriate magazine in Dubai, U.A.E.