On Stage At Kingsborough Presents: Here’s To The Broadway Ladies

Christine Andreas returns to our stage after last season’s breathtaking performance as Edith Piaf in Street Singer. Now she honors the great leading ladies of Broadway, such as Ethel Merman, Julie Andrews, Angela Lansbury, and Barbra Streisand, by interpreting classics from Funny Girl, South Pacific, The King and I, Mame, and many more. Her flawless voice and brilliant grasp of character bring the golden age of musicals back to glorious life!

Ms. Andreas first captured Broadway’s heart in the 20th anniversary production of My Fair Lady as Eliza Doolittle (Theatre World Award), followed by a Tony-nominated turn as Laurey in Oklahoma!, Jacqueline in the Tony/Olivier Award-winning La Cage Aux Folles with Kelsey Grammer, On Your Toes (Tony Nomination), and many more.

Meet Christine Andreas After the Show! 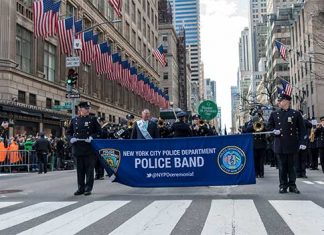