KIDS FEST: STAGES IN THE SQUARE

New York, NY | — September 28, 2015—Madison Square Park Conservancy today announced the 2015 Kids Fest: Stages in the Square on October 17th from 10 am to 3 pm in Madison Square Park. The daylong event for children 0-12 years old and their families will feature a variety of workshops and performances including music, dance, theater, puppetry, magic, and storytelling on the three main stages.

Madison Square Park is located between Fifth and Madison Avenues, from 23rd St to 26th St.

There will be three stages teeming with a variety of performances including sketch comedy with Story Pirates and music performances where children can learn simple skills and the appreciation of music from an eclectic mix of today’s top children’s performing artists including Sonia De Los Santos, Joanie Leeds & The Nightlights, and Songs for Seeds. The Stages will also feature creative storytelling with Story Laurie as she combines new renditions of folk tales with original music and song, and a performance that will combine magic and comedy in a show appropriate for all ages as youngsters will be hypnotized by children’s magician The Amazing Max during.

Workshops where children can learn new musical and movement storytelling skills will also be held around the park by BXBXKids!, a division of Broken Box Mime Theater and Path to Rhythm Drumming Programs’ founder Adam Issadore.

There will be a food section on the Park’s southern gravel where children and their families will be able to enjoy food from neighborhood favorites including Hill Country Barbecue Market, Hill Country Chicken, Melt Bakery, Burger & Lobster, Melt Shop, and Andy’s Italian Ices.

Since 2007, Sonia De Los Santos has been touring the world, singing in English and Spanish, playing guitar, mandolin, and jarana, and lighting up the stage with Grammy Award winning group Dan Zanes And Friends. Originally from Monterrey, Mexico, she is performing this year in celebration of her first solo family music album titled “Mi Viaje: De Nuevo León to the New York Island” a collection of songs that reflect her experiences growing up in Mexico, moving to another country, learning about other cultures, and in the process, feeling closer to her own heritage. This unique collection of old and new songs is a personal, and yet universal, musical story from this soulful and important new voice in family music, and the messages of joyful community music making and cultural bridge building will inspire and excite children and grownups of all backgrounds.

Named “Best Music Class” by New York Magazine, songs for seeds is a rockin’ music program that encourages children to sing, dance and play along with a live, three-piece band.  Kids rock out with children’s instruments, as well as real drums, guitars, keyboards and instruments from around the world. Using original tunes written by well-known musician, Mr. Ray, songs for seeds provide a fun, stimulating and interactive experience.  By mixing their original kids rock ‘n’ roll with adult contemporary music, the band is sure to please little ones and their adults.

After their massive concert during the summer series for Mad. Sq. Kids, Joanie Leeds & The Nightlights are back celebrating Fall and their new CD Meshugana and their DVD – Live From Madison Sq. Park! They will be rockin’ all of their originals such as “Falling,” “Blast off,” and “I’m a Rock Star.”

Max Darwin earned the moniker “The Amazing Max” not only for his extraordinary skills as a magician, but also for his ability to entertain audiences and keep the little ones spellbound. Max combines magic and comedy, making objects appear and disappear and generally defying the laws of physics inches from spectator’s faces. This high-energy, interactive and all-around silly show is appropriate for audiences of all ages.

Participants are invited to an interactive drumming session led by Adam Issadore, Founder of Path To Rhythm Group Drumming Programs. No experience necessary, drums will be provided. Come together, connect  and celebrate community while jamming and making rhythm together.

The Story Pirates Greatest Hits Show celebrates creative writing by students from coast to coast in a big, hilarious sketch comedy musical performed by professional actors and musicians. The performance is based entirely on stories written by elementary school students, and part of the show is made up on the spot by the kids in the audience. Story Pirates will keep you doubled over laughing, all the while motivating kids to pick up a pencil and write from their own imaginations.

Story Laurie is a modern-day troubadour. A storyteller, singer, songwriter, and enchanting entertainer Laurie weaves wondrous tales and sings playful songs with a voice and style that beguiles young and old alike.  She creates new renditions of folk tales that are vibrantly entertaining and socially conscious songs for kids and families. Over the past fifteen years, Laurie has performed for audiences of all ages at schools, libraries, festivals and historical societies. Her latest tour celebrates her new album Groovin’ in the Garden. 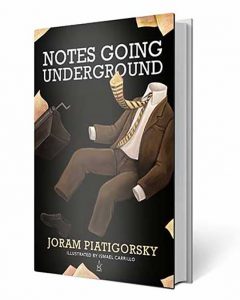