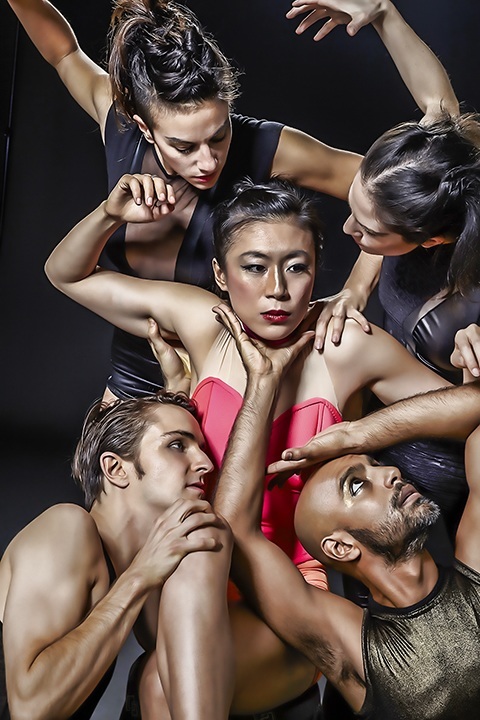 Though highly stylized and elegant, as is typical of Dunn’s work, the piece allows Aidos, the Greek goddess of shame, to appear as a split personality danced by two six-foot tall women, Jin Ju Song-Begin and Jessica Martineau. Their ongoing duel, juxtaposed against six more affiliated dancers, is the focal point of the general suggestion of dance display as inherently embarrassing. The beauty of the Bach Suites played live by Ha-Yang Kim and the sleek black and gold costumes by Andrew Jordan keep the mordant theme from shredding the luxuriant texture of the hour-long dance.