Returns to Cunningham Park with the Queens Premiere of 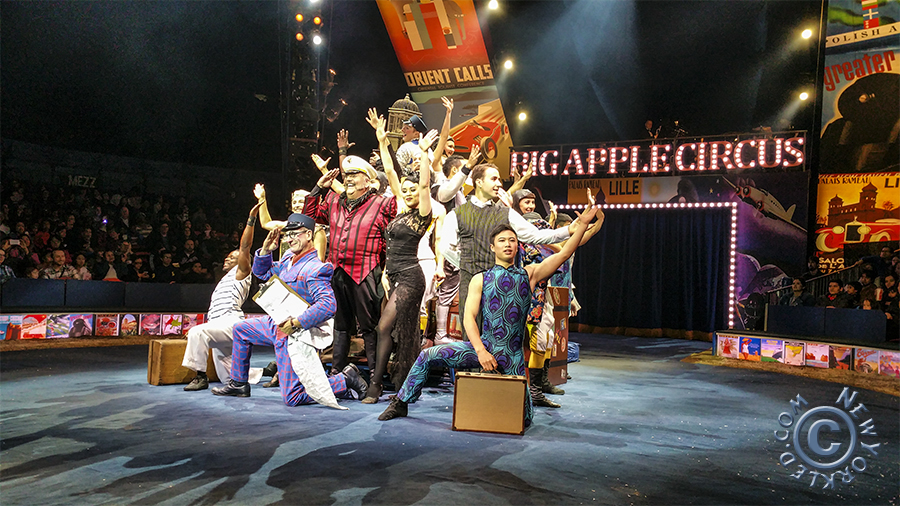 Big Apple Circus returns to Cunningham Park for the company’s 38th season with the Queens Premiere of The Grand Tour! Tickets start at $25, and the show runs from May 15 – June 12, 2016 under the Big Top at Cunningham Park, located at Union Turnpike and 196th Street in Oakland Gardens, NY 11363. To purchase tickets or for more information, visit www.bigapplecircus.org.

See high-flying acrobats, lovable clowns, the Wheel of Wonder, ponies, puppies and more! All seats less than 50 feet from the ring. In this all-new show, The Grand Tour transports audiences to the advent of the modern travel era, when the most adventuresome began touring the world in ships, planes, trains, and automobiles. Audiences will be awed by the world-class entertainers as they perform breathtaking acts from the four corners of the globe. Clowns, jugglers, acrobats, and aerialists from Africa, Asia, Australia, Europe, and North and South America set off on a whirlwind adventure, accompanied by the live, seven-piece Big Apple Circus Band at each performance.

“The Grand Tour is a first-class jaunt.” – The New York Times

“A class act … Sophisticated and beautiful.” – The Village Voice

“Language can’t do justice to the visual and kinetic thrills of the Big Apple Circus. Just go!”

Big Apple Circus Embraces Autism will take place on Tuesday, May 31, 2016 at 11am. Big Apple Circus has joined with world-renowned Autism Spectrum Disorders experts to adapt The Grand Tour for families with members on the spectrum and create a joyful experience for all. The adapted show includes the same world-class artistry as the full performance with a shorter running time, adjusted lights and sound, a calming center, pictorial social narratives, and specially trained staff and volunteers to assure a memorable event for everyone! All tickets to this special performance, a 75-minute abbreviated show, are half price ($12.50–$37.50).

As a nonprofit performing arts institution, the Big Apple Circus is committed not only to thrilling audiences in the ring, but also to bringing the joy and wonder of circus into the community. Big Apple Circus creates direct, shared connections inside its one-ring Big Top AND in hospitals, nursing homes, and schools, in its New York City home and in cities across America.

“These performers, many from circus dynasties, preserve an important tradition, reinforced by the nonprofit Big Apple Circus’s commendable community-service activities, notably the
Clown Care program, which entertains hospitalized children. This company … doesn’t only have awe-inspiring acrobatic skills; it has a lot of heart, too.”

Big Apple Circus Clown Care® brings the joy of classical circus to hospitalized children at 15 leading pediatric facilities across the United States. Performers collaborate with doctors and staff to design a program to fit the needs of each hospital. Members of the Clown Care team bring the healing power of humor to children with acute and chronic illnesses, visiting nearly 225,000 young patients every year.

Big Apple Circus offers a specially adapted performance of the show, Circus of the Senses, for children and adults with vision or hearing impairments and/or other disabilities. American Sign Language interpreters are positioned in spotlights throughout the tent, and wireless audio headsets transmit a live audio play-by-play description of the action in the ring. Braille or large-print descriptive programs are available for audience members. A “touch session” after the show offers a unique opportunity for pre-selected groups of visually impaired children to go into the ring to meet the artists and literally feel a clown nose, a juggler’s clubs, or the silky coat of a performing dog.

Big Apple Circus Embraces Autism provides performances with modified lighting and sound as well as a staffed calming center, to meet the needs of children on the autism spectrum. Inclusion is a core value at Big Apple Circus, which is dedicated to delivering the finest circus entertainment to everyone, regardless of physical or cognitive ability, or economic circumstance.

Circus for All! distributes free and subsidized tickets to schools and nonprofit organizations serving low-income children and families, enabling many of them to experience the excitement and wonder of the circus for the very first time.

Circus After School teaches kids life skills such as teamwork, responsible risk-taking, and perseverance, through a structured program of learning and performing circus arts.

Conceived and founded by Paul Binder and Michael Christensen to be a leading presenter of live family entertainment and a nonprofit performing arts institution, our nation-wide performances and community programs have made our 38-year history far-reaching and full. It all began in 1974, when American entertainers Binder and Christensen became juggling partners and took to the street corners of Europe. Their comedic juggling act was a hit, and they soon found themselves on the stage of the prestigious Nouveau Cirque de Paris. They returned home to America in 1976 with a vision: to entertain and improve the lives of millions of American children and families. One year later, they found a site for the first tent-raising in Battery Park, New York, and went on to create the award-winning, nonprofit Big Apple Circus. For more information, visit www.bigapplecircus.org.

Culture, sports, nature… and fun! All of these things abound in Cunningham Park, one of the largest parks in Queens.  Assembled between 1928 and 1944 and named Cunningham Park in 1934, the space has developed into headquarters for countless athletic leagues, animals, playmates, and barbecue enthusiasts.  Pick a pleasure and begin your explorations today!  http://www.nycgovparks.org/parks/cunningham-park