Altruism As An Agent For Personal And Societal Global Change

“Altruism As An Agent For Personal And Societal Global Change” 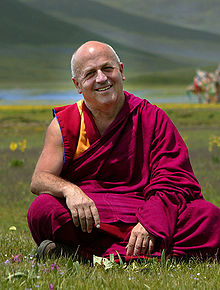 Buddhist monk/author Matthieu Ricard, with neuroscientist Dr. Richard Davidson and psychologist/writer Dr. Daniel Goleman, join The Very Reverend Dr. James A. Kowalski, Dean of the Cathedral of St. John the Divine for “Altruism as an Agent for Personal and Societal Global Change”—a wide ranging exploration on the essence and science of altruism. The conversation, drawing on Eastern and Western spiritual practice and modern science, will touch on altruism as a vital thread that can address the main challenges of our time, from economic inequality to environmental sustainability, from life satisfaction to conflict resolution, on Tuesday, June 16 from 7:30 p.m. to 9:30 p.m., at The Cathedral of St. John the Divine, located at 1047 Amsterdam Avenue at 112th Street, Manhattan.

This evening is part of the Cathedral’s Enter the Conversation series of events, designed to “convene conversations with world leaders, top thinkers, journalists, activists, and religious leaders focused on the most pressing issues of our times and, through these conversations, to empower individuals to be agents of positive social change.”

This event is open to the public; however, your contributions to the Cathedral are always appreciated.

Please RSVP for this event here…

Matthieu Ricard is a monk, scientist, photographer and best-selling writer. He is the author of The Monk and the Philosopher, a dialogue with his father, Jean-Francois Revel; The Quantum and the Lotus, a dialogue with astrophysicist Trinh Xuan; Happiness: A Guide to Developing Life’s Most Important Skill and Why Meditate. In Happiness, Ricard demonstrated that true happiness is not tied to fleeting moments or sensations, but is an enduring state of soul rooted in mindfulness and compassion for others. Now, he turns his lens from the personal to the global, with a rousing argument that altruism—genuine concern for the wellbeing of others—could be the saving grace of the 21st century. It is, he believes, the vital thread that can answer the main challenges of our time: the economy in the short term, life satisfaction in the mid-term, and environment in the long term.

Richard J. Davidson, PhD, is a renowned neuroscientist and one of the world’s leading experts on the impact of contemplative practices, such as meditation, on the brain. He is the founder of the Center for Investigating Healthy Minds at the Waisman Center, University of Wisconsin, Madison, where he is the William James and Vilas Professor of Psychology and Psychiatry, as well as the Director of the Waisman Laboratory for Brain Imaging and Behavior. Dr. Davidson has published hundreds of scientific papers and edited 14 books including the groundbreaking best seller, The Emotional Life of the Brain: How Its Unique Patterns Affect the Way You Think, Feel, and Live—and How You Can Change Them.

Daniel Goleman, a psychologist who for many years reported on the brain and behavioral sciences for The New York Times, is the author of a revolutionary 1994 book titled Emotional Intelligence, which argued that human competencies like self-awareness, self-regulation, and empathy add value to cognitive abilities in many domains of life, from workplace effectiveness and leadership to health and relationships. Dr. Goleman was a co-founder of the Collaborative for Academic, Social and Emotional Learning at the Yale University Child Studies Center (now at the University of Illinois at Chicago) with the mission to help schools introduce emotional literacy courses. Dr. Goleman has received many journalistic awards for his writing, including two nominations for the Pulitzer Prize for his articles in the Times, and a Career Achievement Award for journalism from the American Psychological Association. In recognition of his efforts to communicate the behavioral sciences to the public, he was elected a Fellow of the American Association for the Advancement of Science. Dr. Goleman’s most recent books are The Brain and Emotional Intelligence: New Insights and Leadership and Focus: The Hidden Driver of Excellence.