Visit this page to learn about purchasing tickets!

…and scroll down to read more about this grand annual event. 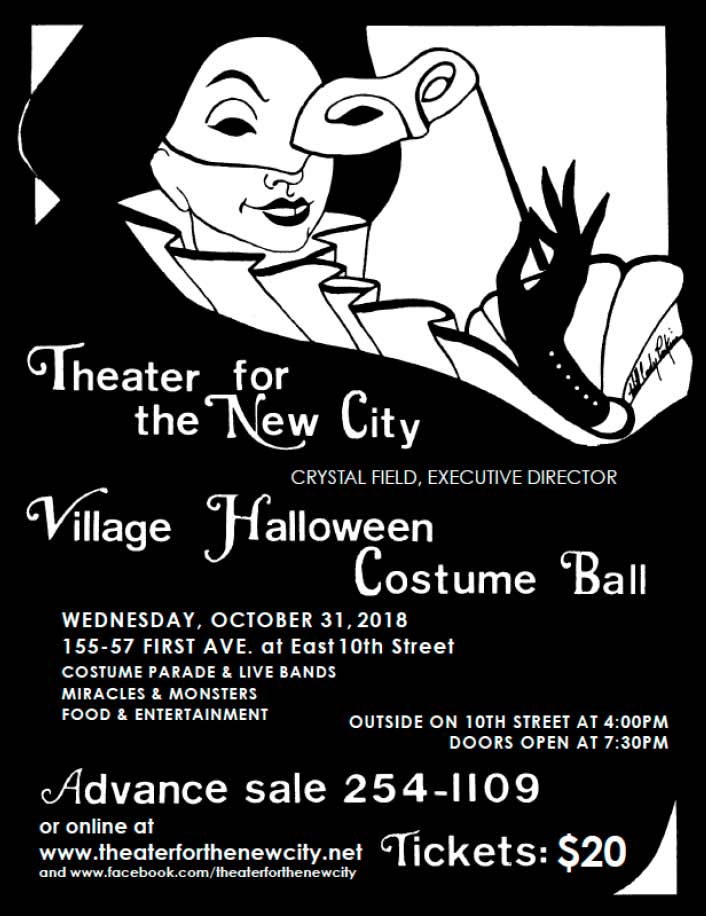 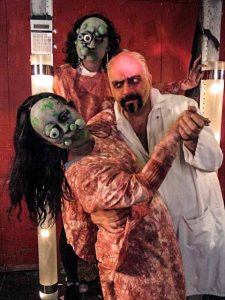 Join us as the one-night fiesta takes over all four of TNC’s theater spaces, plus its lobby and the block of East Tenth Street between First and Second Avenues in a party and evening filled with performances capped with a costume contest.

Outdoor entertainment is 4-7 pm; doors open 7:30 pm. Admission is $20 with costume or formal wear required. Once inside, everything is free except food and drink, which are graveyard dirt-cheap. Tickets are available at (212) 254-1109 or by clicking the TIX link.

Customarily, more than 1,500 wildly-clad celebrants gather for dancing, dining, showing off costumes and viewing acts from the cutting-edge of cabaret and theater.

“The whole subterranean world is coming to the mainstream,” TNC Executive Director Crystal Field said. “The Circadian rhythm has been disrupted.”

With its Witches’ Cauldron, the event can justifiably claim to have downtown’s most sensational Halloween cafe with a variety of American and international delicacies available at peoples’ prices.

“The Witches’ Cauldron is where you get food and entertainment,” Field said of this space transformed from a theater into a dining area complete with entertainment.

Holiday dishes are contributed by neighboring East Village restaurants, including some with celebrity chefs.

You can gobble Halloween fare while enjoying spine-tingling performances by performance artists, songwriters and more.

“Hell souls are performing,” Field said of figures who perform as part of the evening’s entertainment.

Lissa Moira leads a scream contest in which the audience is asked to join in as part of this work that seeks to bring out the Halloween spirit.

“I get people on stage and I punctuate the whole piece with screams,” she said. “They scream for bottles of champagne and cash and all kinds of prizes. It’s fabulously interactive.”

Since its beginning in 1977, TNC’s Halloween extravaganza has been a point of origin for many of New York City’s most original entertainers.

Six full-length plays have grown out of playlets written for the festival and performance art found an early home in the festival.

It also has been a launching pad for such formative artists as Paul Zaloom, Alice Farley, Bloolips, The Red Mole, Penny Arcade, Basil Twist and Alien Comic Tom Murrin. Each year, many acts, skits, sketches, and skadoodles go on to become the basis of larger theater works.

TNC originated the Village Halloween Parade as part of its annual Halloween Ball, before the parade itself split off as a separate event.

Scattered through the event will be stilt dancers, jugglers, fire-eaters, Vaudeville playlets. Join us as we tap into the Halloween spirit – from costumes to other forms of artistic creativity – as the party itself becomes the biggest performance.