Horror’s latest entry is a winner! 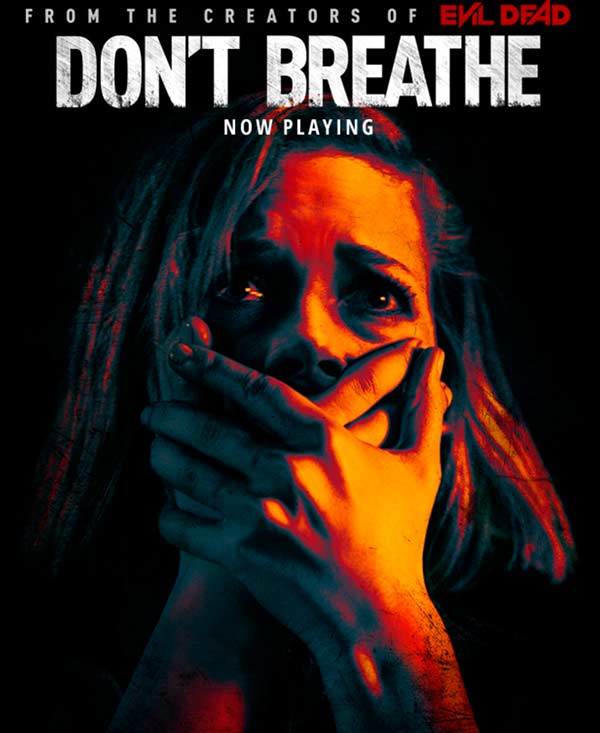 Classified under the Horror Genre is Don’t Breathe, a film not about the sorts of monsters you read and learn about through tales and legends; rather It’s the sort of horror one wouldn’t have to search far for when looking through the historically worst of our newspaper headlines. Every so often, in our real world, comes a story so horrible that it defies the sort of logic we’ve come to rely upon for the sake of our collective sanity. Then another one comes along and yet another; and with each subsequent reveal they become easier to accept. Such is the world we live in.

What I’m building up to here, through my mention of horror themes, isn’t for the sake of proclaiming this film as one of the greatest of its kind; it’s not. It’s not even the most imaginably horrific. What it turns out to be is a scenario that could just as well have been culled from headlines we’ve come across in recent years. That there is the beauty; how credible everything that’s transpiring on the screen could be.

Now on to the film. As one could easily figure out from the official synopsis, the story revolves around three thieves for whom stealing is a regular job.  A blind veteran, supposedly living alone, with a great deal of money comes into their sights and becomes their next supposed victim; or does he? It’s a seemingly simple plot setup until we’re introduced to a twist or two down the line. They break in and discover things are nowhere near as simple as they thought. They’re much worse. Gravely Worse.

The first half of the film may very well put some viewers on edge but for the jaded horror fan amongst us? It’s kids play. Honestly, I was getting worried things were heading nowhere. Then maybe halfway through things took a turn into darker territories followed by an escalated pace and sense of dread. Thereafter, the film’s tempo continued to be ratcheted up with an intensity that wouldn’t let go. Honestly, I was out of breath when it was all finally over with; and that says a lot coming from someone like me. It’s a rare thing these days to come across any cinematic offering that gets me and keeps me on the edge of my seat. This film delivers on all fronts in that respect. Well thought out, well-acted and well done! Is it any wonder that, as of this writing, Don’t Breathe, has made over $55 million and it’s only into its second week? Heck, let’s not mention the relatively mere $10 million it cost to make!

Directed by Fede Alvarez, and co-written by him and Rodo Sayagues, this movie demonstrates the promise of their future film making careers.

Official Synopsis: Rocky (Jane Levy), Alex and Money are three Detroit thieves who get their kicks by breaking into the houses of wealthy people. Money gets word about a blind veteran who won a major cash settlement following the death of his only child. Figuring he’s an easy target, the trio invades the man’s secluded home in an abandoned neighborhood. Finding themselves trapped inside, the young intruders must fight for their lives after making a shocking discovery about their supposedly helpless victim.