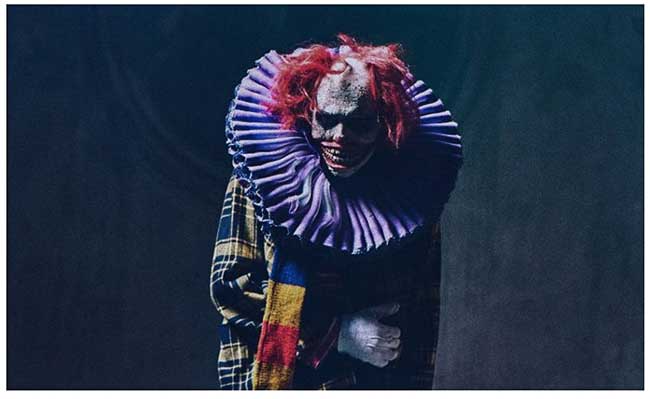 “Dark Corner is the new destination for thrilling experiences helmed by some of the most innovative filmmakers working in VR today,” said Shelmerdine “While most entertainment VR apps offer a mixed bag of content, our goal is to deliver a highly curated selection of exhilarating experiences to a specific audience that loves genre in all its forms.”

With Night Night, which will be available on the app in mid-October, Shelmerdine unleashes his most gripping experience yet as a young boy discovers that lights-out means a closet full of demonic clowns and a world of terror beyond all imagination. Created and produced in partnership with MPC VR & Unit Sofa, Night Night was shot on Dark Corner’s custom camera rig designed in collaboration with Radiant Images.

“The horror genre has proven to be a perfect fit for VR,” said Tim Dillon, Head of VR & Immersive Content at MPC. “We co-produced Night Night because it is exactly the kind of film that we want to see more of. With the right mix of story and spectacle, it’s conceived and shot to be experienced in-headset, so it pushes all the right buttons.”

The Dark Corner app, built using Vusr by Secret Location, will be available for iOS, Android, Samsung GearVR, Google Daydream, and Oculus Rift, and will feature both free and paid content. Offerings will come from Dark Corner Studios as well as from filmmakers who gain the Dark Corner seal of approval for experiences of depth and quality that place them at the top of their field in the genre world.

“We don’t claim to have all the answers about the future of VR, but we do know that people want to have their socks knocked off when they put on a headset,” added Teal Greyhavens, Head of Content for Dark Corner. “Our model is about providing a consistent stream of cinematic experiences that emphasize storytelling and suspense, while remaining accessible and engaging for mainstream audiences.”

Genre VR was largely shaped by Guy Shelmerdine when he released his groundbreaking experiment in virtual terror, Catatonic, at SXSW in 2015. At the time the field of VR was still in its infancy and relatively few makers seemed to know how to turn it into a narrative creature. Shelmerdine’s vision of a dystopic 1950s mental hospital, complete with freakish patients and masked killers resulted in lines around the block not only in Austin but at film festivals around the world. Catatonic created shockwaves in the still nascent VR industry and its reputation persists today as one of the most influential experiences in the medium.

Next came Mule (2016), a twisted exploration of sex, drugs and death with a gruesome twist, which premiered at Fantastic Fest 2016, and most recently screened out of competition at this year’s Venice International Film Festival. All three films will be included in the app launch, as will Knives (directed by Adam Cosco), Burlap (directed by Justin Denton), Sonar (directed by Philipp Maas & Dominik Stockhausen), The Invisible Man (directed by Hugo Keijzer), and 11:57 (directed Henrik Leichsenring & Sofia Gillstrom).

Night Night was co-written by Teal Greyhavens, and co-produced by Dark Corner Studios, MPC VR and Unit Sofa. The soundtrack was helmed by Audio Director Dražen Bošnjak from Q Department studios in association with Bošnjak’s spatial audio technology, Mach1. At Convergence, screenings will run daily, September 29, from 3pm-6pm and September 30–October 1, from 12pm-6pm at the Elinor Bunin Munroe Film Center. A select number of screenings will be available using audio and video synced motion seats by D-Box. Press screenings are available by appointment and subject to space.

Dark Corner is home to the world’s most thrilling and provocative virtual reality genre experiences. Serving as both a curator and an original content studio, Dark Corner develops bold, innovative VR storytelling and collaborates with top creative talent around the world to deliver an exclusive line-up of transportive and daring immersive experiences.

Unit+Sofa is a production service company based in Prague, filming across the Czech Republic and neighboring Austria and Slovakia. It was founded from a union in 2009 by Fady Salame and Martin Sobotka of Sofa, Filip Hejduk and Jitka Fridrichovaof The Unit. The company is dedicated to facilitating production to the highest standard for directors from all across the world, and is proud to partner with companies including Sonny, MJZ, Smuggler, Somesuch, Pretty Bird, Corner Shop, Knuckle Head, Rattling Stick, Academy, Anonymous Content, Reset, Independent, Epoch, 75, Iconoclast, TPF, Soup Films and many more partners and friends.

Mach1 Spatial Audio is the world’s first sound format specifically designed for Virtual Reality, Augmented Reality, Mixed Reality and interactive mediums. Mach1 has developed the most transparent and simplified approach to spatial audio that empowers audio professionals to be in full control of their spatial audio mix and pre-render the highest quality directional and positional audio. Mach1 powers the spatial audio of The New York Times NYTVR Apps for iOS, Android, Daydream and GearVR and has been integrated as an advanced spatial audio format on Samsung’s VR platform. Mach1’s technology powers the spatial audio on many high profile titles including FoxNext’s Alien:Covenant, FX’s Legion:Sessions, Sony Passengers and Oculus’ Dear Angelica. Dark Corners suite of VR App are powered by Mach1. More information at www.mach1studios.com

ABOUT SECRET LOCATION, AN ENTERTAINMENT ONE COMPANY

Launched in 2009 and acquired by Entertainment One (eOne) in 2016, Secret Location combines cutting-edge technology with traditional storytelling to create digitally accelerated experiences for the web, mobile, tablet, and new platforms like Virtual Reality (VR) and Augmented Reality (AR). It is the first company in the world to win a Primetime Emmy® Award for a Virtual Reality project and the creator of the first original serialized VR narrative. Vusr is backed by eOne, a global independent studio that specializes in full-service publishing focusing on the development, acquisition, production, financing and distribution of world-leading entertainment content.

D-BOX is a company of visionaries, artists, and innovators. We create hyper-realistic, immersive entertainment experiences by moving the body and sparking the imagination through motion. This expertise is one of the reasons why we have collaborated with some of the best companies in the world to deliver new ways to tell great stories. Whether it’s movies, video games, virtual reality applications, themed entertainment or professional simulation, we’re driven by a desire to enhance the experience and, ultimately, move the world.

D-BOX Technologies Inc. is a publicly traded Canadian company listed on the Toronto Stock Exchange (TSX: DBO). D-BOX head office is located in Montreal and offices are based in Los Angeles, USA and Beijing, China.