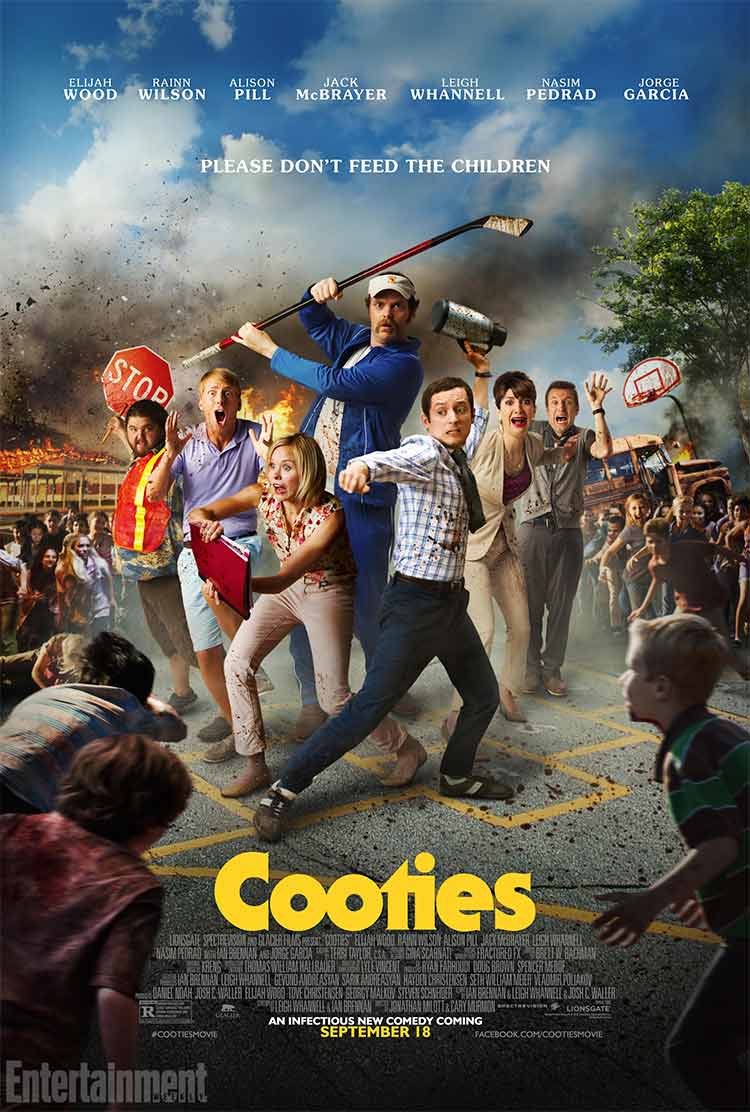 The HORROR-BLE Descent from Slapstick 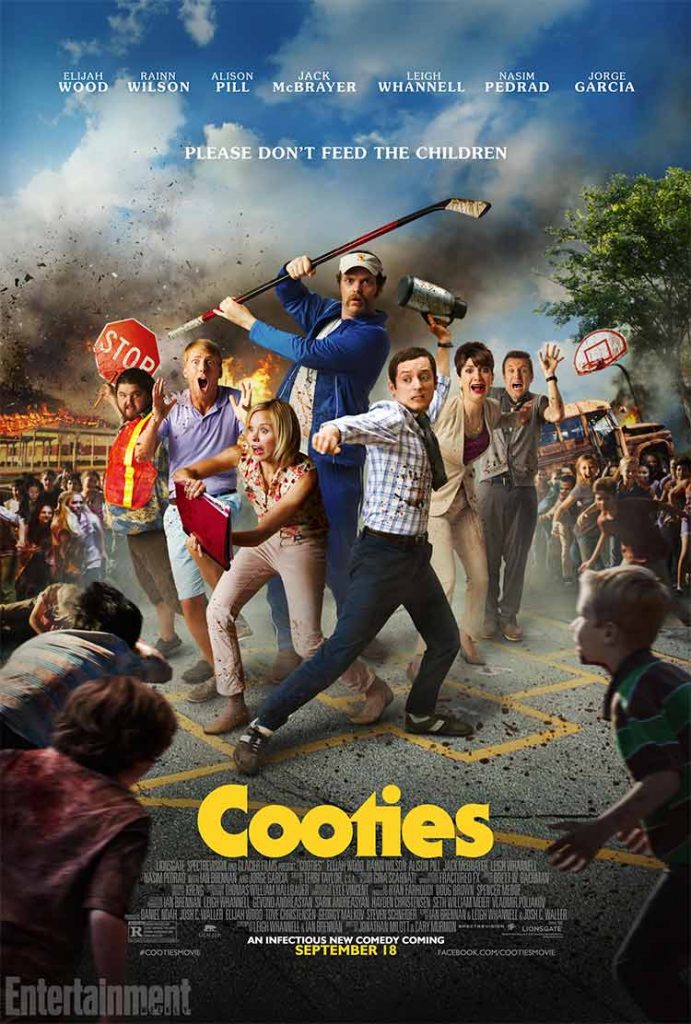 Cooties is a step into the wacky world of Fort Chicken wherein supposed comedy mingles with horror. The film makers certainly show they know their way around a camera. If only they’d known their way around a well-timed punchline. I honestly went in expecting, or rather hoping to like it very much. Alas that wasn’t to be.

Admittedly, the film had a pretty decent start which managed to get some genuine chuckles out of me. That, plus the introduction of a truly authentic horror scene had me thinking I was in for something very special. Imagine kids having replaced their play things with body parts and you’ll get the picture. Too bad what appeared to be the beginnings of something promising was nothing more than a fleeting taste of what could have been. Things only took a nose dive thereafter.

The interaction between the cast of characters felt more like a very bad improvisational Saturday Night Live skit. Punchlines felt flat and overused.

What they had on their hands was something that could’ve been really really great. In the style of say, ‘Airplane!’ wherein logic took a backseat to laughs. I mean, in our gravity constrained world wherein up is up and down is down we tell tales which can either defy logic, adhere to it or both. I mention this since Cooties dabbles on the edge of the illogical with a number of its scenes. Something which altogether isn’t a terrible thing BUT… if you’re going to serve up something off the wall with the slightest absence of reason then my God folks, go all the way instead of simply taking half measures. If only the minds behind this creation were dedicated to serving up the wackiest of scenarios. If only, for inspiration, they’d watched and taken a cue from Airplane! or any other entry from the ‘Naked Gun’ franchise of films. All created by that mastermind of trios, David Zucker, Jim Abrahams, and Jerry Zucker. These were films which took logic and turned it on its end for the sake of laughter; and it worked! But here in this mess of a film? Not a chance.

Sitting here wondering what the film could’ve been like I imagine rapid-fire comedic exchanges amidst a gore strewn world of slapstick. Instead what we got was a haphazardly assembled plot with gags that went nowhere.

To sum things up this was a painfully unnecessary movie since I happen to be of the thinking, If you’re going to do something then do it right or don’t do it at all. I feel these folks were either incapable of coming up with something extraordinary or just plain lazy. Of course there’ll be those who WILL find this to be an entertaining joyride since one man’s humor is another man’s turd. I’m obviously not one of them. What you get here is merely a work which just barely passes for average.