On Display for Holiday Season 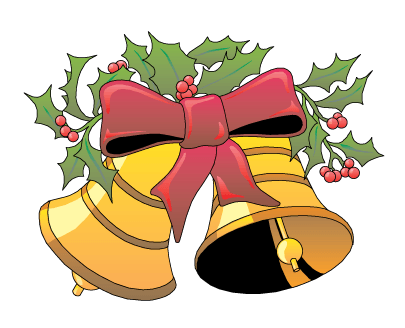 The Museum continues a longstanding holiday tradition with the presentation of its Christmas tree, a favorite of New Yorkers and visitors from around the world. A vivid eighteenth-century Neapolitan Nativity scene—embellished with a profuse array of diminutive, lifelike attendant figures and silk-robed angels hovering above—adorns the candlelit spruce. Recorded music and lighting ceremonies add to the enjoyment of the holiday display.

The annual Christmas installation is the result of the generosity, enthusiasm, and dedication of the late Loretta Hines Howard, who began collecting crèche figures in 1925 and soon after conceived the idea of combining the Roman Catholic custom of elaborate Nativity scenes with the tradition of decorated Christmas trees that had developed among the largely Protestant people of northern Europe. This unusual combination was presented to the public for the first time in 1957, when the Metropolitan Museum initially exhibited Mrs. Howard’s collection. More than two hundred eighteenth-century Neapolitan crèche figures were given to the Museum by Loretta Hines Howard starting in 1964, and they have been displayed each holiday season for nearly forty years. Linn Howard, Mrs. Howard’s daughter, worked with her mother for many years on the annual installation. Since her mother’s death in 1982, she has continued to create new settings for the Museum’s ensemble. In keeping with family tradition, Linn Howard’s daughter, artist Andrea Selby Rossi, joins her mother again this year in an important guiding role to create the display.

The Museum’s towering tree, glowing with light, is adorned with cherubs and some fifty gracefully suspended angels. The landscape at the base presents the figures and scenery of the Neapolitan Christmas crib. This display mingles three basic elements that are traditional to eighteenth-century Naples: the Nativity, with adoring shepherds and their flocks; the procession of the three Magi, whose exotically dressed retinue echoes the merchants and travelers one may have encountered in bustling Naples at the time of the crèche’s creation; and, most distinctive, colorful peasants and townspeople engaged in their quotidian tasks. The theatrical scene is enhanced by a charming assortment of animals—sheep, goats, horses, a camel, and an elephant—and by background pieces serving as the dramatic setting for the Nativity, including the ruins of a Roman temple, several quaint houses, and a typical Italian fountain with a lion’s-mask waterspout.

The origin of the popular Christmas custom of restaging the Nativity traditionally is credited to Saint Francis of Assisi. The employment of manmade figures to reenact the hallowed events soon developed and reached its height of complexity and artistic excellence in eighteenth-century Naples. There, local families vied to outdo each other in presenting elaborate and theatrical crèche displays, often assisted by professional stage directors. The finest sculptors of the period—including Giuseppe Sammartino and his pupils Salvatore di Franco, Giuseppe Gori, and Angelo Viva—were called on to model the terracotta heads and shoulders of the extraordinary crèche figures. The Howard collection includes numerous examples of works attributed to them as well as to other prominent artists.

The Museum’s crèche figures, each a work of art, range from six to twenty inches in height. They have articulated bodies of tow and wire, heads and shoulders modeled in terracotta and polychromed to perfection. The luxurious and colorful costumes, many of which are original, were often sewn by ladies of the collecting families and enriched by jewels, embroideries, and elaborate accessories, including gilded censers, scimitars and daggers, and silver filigree baskets. The placement of the approximately fifty large angels on the Christmas tree and the composition of the crèche figures and landscape vary slightly from year to year as new figures are added.

Note: Admission is free to the main building and The Cloisters for children under the age of 12 accompanied by adults. The Museum is closed on Thanksgiving Day, December 25, and January 1.