Affordable posters and prints of the Season of Autumn & Fall in New York City and Beyond. All Images on this page are the rightful property of New Yorkled Magazine. Sharing in an unauthorized manner is not allowed. Thank you for passing through and please help support this site through the purchase of an item. Simply Click away. 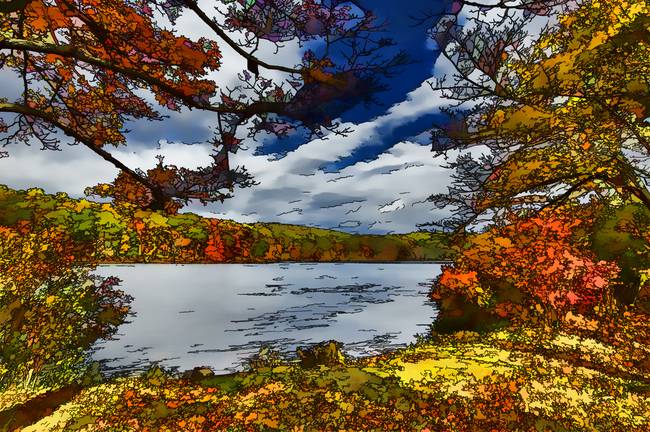 The Foliage Colors of Autumn as seen from within the branches of a tree overhead.

Overhead view of a tree limb and the foliage all around 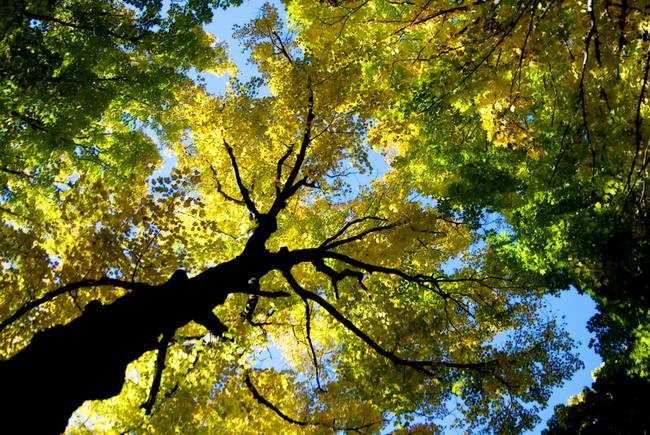 An overhead extreme perspective featuring a tree limb overhead and the turned leaves of the Autumn Season.

Central Park’s Ice Skating Rink at the beginning of Autumn 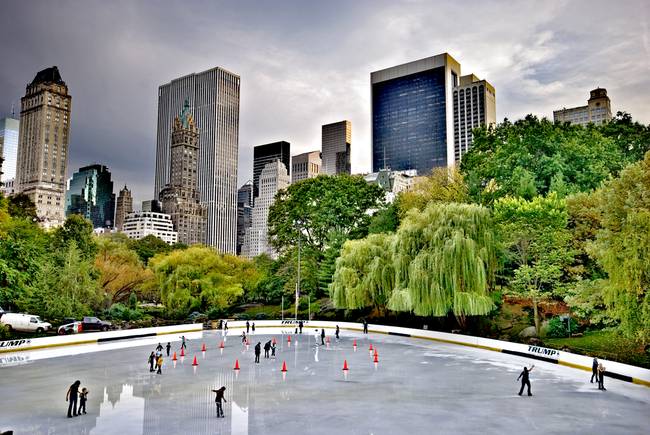 On this beautiful afternoon folks showed up in droves to enjoy the splendor of Autumn within New York City’s parks and Ice Skating Rinks. The trees’ leaves were on their way to a full change of color and the temperatures were kind as all took part in the joy of Fall.

Fall at the Lake within Central Park in New York City

With Central Park West off in the distance and its rows of grand skyscrapers and with the lake in the forefront coupled by beautiful trees and Bow Bridge to the side? Who could ask for a better scenario?

Rowing Boat within the Park

A couple are passing along within a Row Boat within the Park.

A limb hangs overhead with foliage all around

A scene along one of NYC’s parkways featuring the road on either side.

At Turtle Pond within Central Park

A view as seen from the terrace outside of Belvedere Castle.

Right by Bow Bridge during the Colorful Season!

A view of the Lake within Central Park along with Bow Bridge and some great reflections during the Autumn Season.

A Fall Scene as viewed upon a tree’s limbs and branches.

At the Harlem Meer in Autumn

Autumn and its golden and fiery hues shows its face within NYC’s Central Park as viewed at the Harlem Meer.

Artwork of an overhead Autumnal Scene

A Fall Scene as viewed upon a tree’s limbs and branches.

The colors of the Fall / Autumn season can be seen in NYC’s Central Park.

Artwork of an Autumn Scene

Folks rowing their boat within the Lake at New York City’s Central Park on a wonderfully colorful Autumn Day.

Sidewalk amidst the beauty of Autumn’s Golden Colors

Overhead Limbs and Yellow of the Fall Season

Look up and you’ll like find a view just like this amidst all the many colors of the Autumn / Fall season.

The blue of the sky as seen through the glorious Autumn

An Autumn path along and within Central Park as the bold colors of the Autumn Season appear brightly.

Turtle Pond and Autumn in the City

As seen from the top of Belvedere Castle which itself stands atop Ayers Rock in Central Park. The view from here can be quite stunning depending on the season and time of day. Obviously it was all the more so when this shot was taken what with the glowing colors of the foliage and the season.

At the Lake during Autumn, NYC

Within New York City’s Central Park during the Fall Season.

Autumn in the Park Artwork

An artistic depiction of Central Park as seen during the Autumn / Fall Season in New York City.

By the lake in the Autumn Season

Here is one of those iconic views which can only be seen from within Central Park itself. Yet considering the season and the widespread explosion of color, one can’t find a better day to capture such a sight.

At the Central Park Skating Rink during Autumn

Folks were out and about enjoying Autumn/Fall at Central Park’s Wollman Rink on a most gorgeous afternoon in NYC. It’s during this time that all of New York City’s skating rinks open up to one and all for a celebration of the season. As is evident in this image, the foliage is in full change.

Autumn in the City

The foliage is at its peak as seen within New York City’s Central Park.

A stroll along New York City’s Fifth Avenue outside of Central Park on a lovely Autumn / Fall Day.

Looking overhead at the turning leaves during Autumn.

Autumn Silhouettes and the Yellow all around

Simply can’t resist these dark trunk, silhouette-like, images with the glowing hues of autumn all around.

The splendor of Autumn can be such a welcoming sight in our city. The turning foliage is truly apparent in this image with all the golden colors found throughout. From the leaves that are still hanging to those that’ve fallen all around the scene is usually the same. Beauty incarnate with wonderful crisp air and pleasing breezes. Fall is the season of our choice.

Autumn Scene along one of the many roads of Harriman State Park in New York State with the Seven Lakes Region.

Autumn / Fall Colors as seen along one of the Seven Lakes within New York’s Harriman State Park.