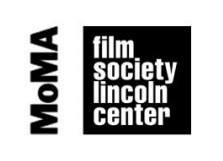 NEW YORK, January 21, 2015—The Museum of Modern Art and the Film Society of Lincoln Center today announced the initial nine official selections for the 44th edition of New Directors/New Films (ND/NF), a festival dedicated to the discovery of new works by emerging and dynamic filmmaking talent.

Four of the first nine titles announced will screen at the Sundance Film Festival including two feature-film directorial debuts: Charles Poekel’s Christmas, Again about a heartbroken Christmas tree salesman, and Myroslav Slaboshpytskiy’s winner of the Critics’ Week grand prize at Cannes, The Tribe, which is set in a school for deaf and mute coeds, and is communicated entirely in sign language—with no subtitles. Rick Alverson’s Entertainment, a follow-up to The Comedy, follows a broken-down comedian playing a string of stand-up gigs across the Mojave Desert. Kornél Mundruczó’s White God, which won the Un Certain Regard prize in Cannes, follows the brutal struggle a little girl’s dog must go through to find his way back to her after he is abandoned in the city.