As part of the 2015 Tribeca Film Festival’s

Shorts Be Yourself: Personal stories about self-identity are the focus of these documentary shorts. 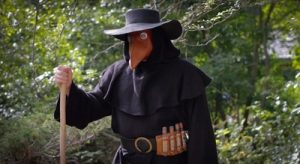 A wonderfully accomplished 9 minute short documentary, by Ryan Scafuro and Jarred Alterman, sharing with us the story of one of America’s largest Renaissance Faires and its cast of returning characters. The accompanying music is an original score by Tyler & Welsley Powell which goes hand in glove as a soothing period piece to this delightful film. Worthy of note as well would be the editing which in this reviewer’s opinion was flawless. It’s a delightful viewing experience especially if you’ve a soft spot for Renaissance Faires as yours truly does.