AGAINST THE ODDS, A HARLEM-BASED ORDER OF BLACK NUNS MAKES 100

AGAINST THE ODDS, A HARLEM-BASED ORDER OF BLACK NUNS MAKES 100

Inspired by Pope Francis, the order, which nearly shuttered, now looks to its next 100 years of service

Franciscan Handmaids of the Most Pure Heart of Mary to celebrate with centennial gala
featuring the Archbishop of New York on Tuesday, March 29, during Women’s History Month 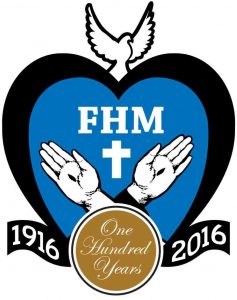 The Centennial Gala of the Franciscan Handmaids of the Most Pure Heart of Mary, Inc. (FHM), one of only three orders of Black nuns in the United States. The Harlem-based order, best known for its work in educating children and feeding the poor, will celebrate its 100th anniversary.

In 2014, the order was preparing to close after economic hardships, a decline in interest in religious life by young Americans and an aging and infirm membership had dealt a near death blow to the group. A message from Pope Francis helped save from the brink the order, which was formed in Savannah, Georgia, in 1916 in response to proposed segregationist legislation that would prohibit White religious leaders from educating and providing pastoral care to Blacks in the state. The Rev. Ignatius Lissner joined forces with Miss Barbara Williams (later to become Mother Theodore Williams), a Black woman from Baton Rouge, Louisiana, to found an order of Black women that could continue to address the needs of the Black community.

In 1923, the group moved to Harlem at the request of Cardinal Patrick Hayes and launched one of the first preschool educational programs in New York, which went on to educate such notables as Rangel and the late Kevin Lofton, president of the Catholic Health Association of America.