Adobe CC or Adobe BB as in Bad Business

Hackers aren’t the only ones you need to be worried about. 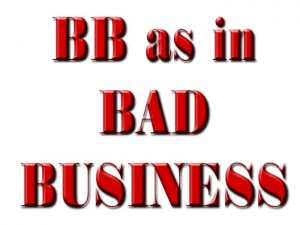 One would think that a company as big as Adobe with over 13,000 employees and numerous high tech software applications bearing its company name would have the adequate know-how to properly allow its customers to turn off auto-renew. One would think a company priding itself on being so ahead of the technical curve would be more savvy; one would think that, regrettably it might be asking too much.

Yet hold on now. Maybe I’m rushing here and should backtrack a slight bit to explain myself. You see, Adobe’s software used to be available on an upgrade per upgrade basis; that is until 2013 when the company announced that, going forward, its software would only be available on a subscription basis. Now, with the exception of the premium subscription price supposedly charged at a monthly basis for a single application there are the more frequently acquired plans requiring a yearly subscription. This, mind you, is all fine and dandy in the opinion of yours truly considering the importance these applications bear upon the lives of us photographers, graphic artists, and more. Which isn’t to say we’re all happy about shelling out monies for a yearly subscription since many of us would rather just get one year’s version and upgrade later on down the line when we see fit; Alas, it is what it is. These programs belong to the company and it’s up to said company to see fit how they profit off them; being the money grubbing scoundrels that they are.

Except, the yearly subscription isn’t the basis for our complaint here today. No. What’s upsetting is Adobe’s convenient lack of concern over a customer’s ability to cancel the auto renewal feature of one’s account. What this means is exactly what most would think it to mean. With 365 days in a year, any account reaching its 366th day of membership will…wait for it, wait for it…Yep! Auto Renew! Or rather, I suppose one can just say that an account begun on say, June 15th of one year will auto renew on June 16th of the following year.

Sooooo, what’s the problem you might ask? Cancellation of the Auto Renewal Feature! Look for the answer at their site and you’ll be steered to a page telling you how to cancel your account. But Not so fast Partner! Cancel your account and you’re now liable for an early cancellation fee. Of course you could always raise a stink over the miscommunications and misunderstandings and maybe, but unlikely, you’ll get your way but who wants or needs to be bothered with such nonsense? Heck, their online help forums are rife with confused cries for help on the subject. Understandably so considering how ludicrous it is to consider such a problem.

Mind you, this is all from a corporation that in 2012 was hacked compromising tens of millions of accounts’ payment card information. Something which I had suffered through; although I was at the tail end of my yearly membership at the time. Regardless, hackers will always be hacking and it’s up to a legitimate, savvy company to look out for its consumers’ welfare. One million customers being hacked is one million too many. But what’s to be said about a company whose compromised accounts number so high that it boggles the mind?

If I didn’t know better, considering all that’s been mentioned above, I’d say this lack of concern for their customers was more a matter of intentional disregard than mere happenstance. Of course there’s plenty to be said about pleasing one’s board of directors and giving one’s customers the royal finger. Such are the things which great class action suits are made of. Unfortunately all I hear is silence and perhaps that’s what’s wrong with our society. It’s companies such as this one which take advantage of such facts. If only they’d had the decency of at least asking us kindly to bend over.

Aside from the obvious, there’s little else I feel one can say about this all. But this certainly won’t be my last breath on the topic. Stay tuned…

No COVID-19 Deaths in New York City for 3 Days in a Row! New York Governor Andrew Cuomo today, followed upon yesterday's announcement by stating that for the third day in a row NYC has...
Read more
Coronavirus